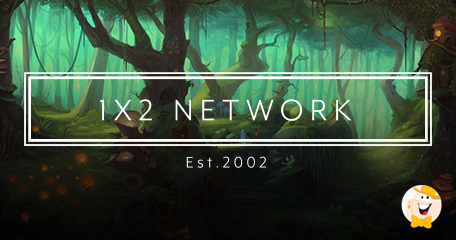 When it comes to the debut network-wide offer, 12 Days of Crashout, will be available from 1 to 12 December and will allow players to fight to get incredible Multipliers. In addition, the top ten Multipliers mixed will provide a total score.

Those scores will be presented on a leaderboard where users will compete with others to get a part of a €12,000 prize pool.

What About the Featured Game?

Crashout – Fireworks is one of the perfect games to introduce the provider’s tournament tool. The game is super exciting, and players have to follow the rocket as it goes through the sky, enhancing the Multiplier as it moves on with its upwards trajectory.

The rocket will move towards to the explosion so users must cash out before it happens, grabbing any accumulated Multipliers and winnings with it.

Thanks to the powerful features, 1X2 Network become a leading provider and aggregator of casino content. The company is known for some of the most demanded games from its 1X2gaming and Iron Dog Studio.

In previous months, the company has continued with regular product diversification, extending its suite of titles to include a selection of Arcade iGaming concepts such as crash games.

Speaking on the new addition to the suite, Alex Ratcliffe, CPO at 1X2 Network, said:

“Tournaments offer players an extra dimension of engagement with our games, making for a more enjoyable and fulfilling experience.

“We’re delighted to be offering network promotions to our clients and can’t wait to send 1X2 Network Tournaments sky high with the launch of 12 Days of Crashout this December.”

More About the Brand

1X2gaming is an independent software brand based in the UK. The company specializes in the production of Virtual Football products ever since 2002. Now, they are one of the leaders in HTML5 development with 40 Mobile titles available in Flash portfolio and quickly approaching 100 games, which involve Virtual Sports, Table Games, and Slots all available to demo on the official site.

The brand has licenses from both the Malta Gaming Authority and the UK Gambling Commission and it is known for top-tier slots such as Blood Rage, Megablox 777, X Wild, Coin Vault, Blazing 777, and many more.