Legalization of Online Gambling in Maryland to Stumble into Obstacles After All? 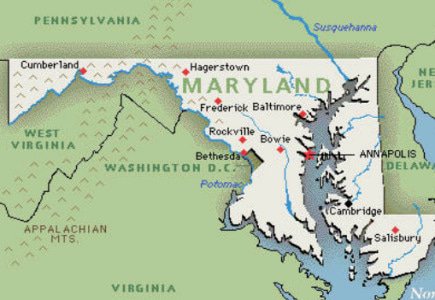 After initial reports that Maryland lawmakers are to consider the possibility of online gambling legalization and regulation, news arrived that the idea may encounter severe opposition.

Namely, it appears that the discussion about online gambling won’t be held at the next week’s special session in line with the decision of key senators on the committee that handles casino-related matters, because, according to them, there isn't enough time to weigh the implications of a very important and far-reaching issue.

In a reaction to an email from House Speaker Michael Busch, four Democratic legislators on the Senate Budget and Taxation Committee stated that they are not ready to deal with the complex issues surrounding online gambling in a session that is expected to last less than a week.

In the opinion of Sen. Edward J. Kasemeyer, who chairs the Senate Budget and Taxation Committee, it is highly inconvenient to look into the Internet gambling issue next week because there are many unanswered questions, and besides, his committee has not yet held hearings on the pros and cons of the topic.

Expressing concern that the already busy agenda may be further protracted if such a controversial subject is introduced, he said: “It just seems to have a lot of implications potentially that I'm not aware of. What does it mean? What is it all about?"

Another opposing opinion arrived from Senate President Thomas V. Miller, the legislature's leading proponent of gambling expansion, who apparently seeks the special meeting to reach decisions in three days, and introducing the discussion on online gambling would prolong this period.

As for three other Democrats on the budget committee, they simply rejected the idea – according to Sen. Roger Manno, "It just seems to open up a can of worms," whilst Sen. Verna Jones-Rodwell opined: "I don't know how you can control it for individuals under 21. I really think it's irresponsible."

"It may be a bit of overkill," said Sen. Nathaniel McFadden. "You can put too many bulbs on the Christmas tree and it'll fall down."

It has been assessed by House Minority Leader Anthony J. O'Donnell that the implications of Internet gambling need to be thoroughly vetted. "To do this in a special session and make decisions, it's horrible," he said, adding: "It just seems like gambling proliferation on steroids."

As for the House Speaker Busch, even he admitted he does not have thorough knowledge of online gambling: "I don't have enough background on it. It would be unfair of me to discuss it [before the special meeting]."
General Gambling News Gambling Law & Society News Back to articles