Who Are Smarter Gamblers - Men or Women? 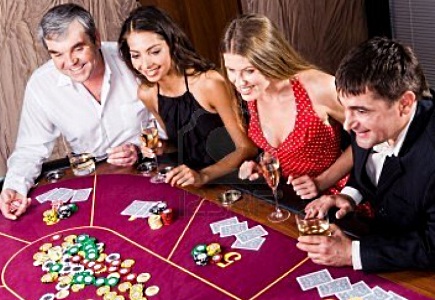 How women and men differ in gambling styles and success was the subject of a survey in the UK, presented recently.

Michael Charalambous, a director of Right Casino Media reported that the study of its player statistics, a base of 10,000 punters spread over two websites, looked at three casino games – baccarat, blackjack and roulette – to study how men and women prefer to play

It shows that men far exceed women in terms of player numbers - some 82 percent of regular users are men - but ladies play 9 hours on average per month as opposed to 6.5 hours for men.

On the other hand, women are more conservative about how much money they bet. On average, a single deposit by a female player totals GBP 67, while for men it’s GBP 94. Consequently, the average amount lost by the ladies each month is nearly a third less than gentleman – GBP 221.66 vs GBP 309.12.

“Our stats show that, though the ladies are a little warier of betting big than the men, they lose less money in the long run," a spokesman for the operator said this week.

As for the age, 29 is an average female player, as opposed to male's 33. Both male and female punters are mostly young professionals with a couple of hundred sterling to spend in an online casino each month.

Finally the types of game played by each gender revealed more: not much in it for blackjack or baccarat, but roulette appears to be preferred by women:

"As with most appetites, men tend to be ‘hungrier’ and consequently more reckless with their gambling. They also tend to prefer games with an element of skill, such as blackjack, while the women tend to put their faith in Lady Luck, heading straight for the random chance of the roulette wheel," it was concluded.
General Gambling News Back to articles