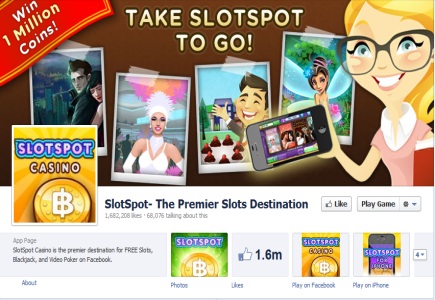 As of recent, the popular Facebook Slot Spot games, developed in the Blitzoo Games’ studios, have been launched as an iOS app version.

The titles included in the offering are Swashbuckler, Reel Romance, Showgirls Classic and Ragin Cajun, all with various social elements.

According to Dave Bezahler, chief executive officer of Blitzoo Games, “SlotSpot became a huge success on Facebook from the moment we launched it more than a year ago and today you would need a casino four times the size of the MGM Grand to house all of the people playing our slots at any given moment.

“We put tremendous effort into nurturing the community around our game (1.5 million Facebook fans), and they’ve been asking us to launch a mobile version of the app, so we are proud to be able to give them a game that we believe will exceed their expectations. This is not simply a re-skinned game, but a brand new experience built specifically for the iPhone.”
Casino Games Casino Software Back to articles