Online Sweepstakes Case to Be Resolved in North Carolina Court 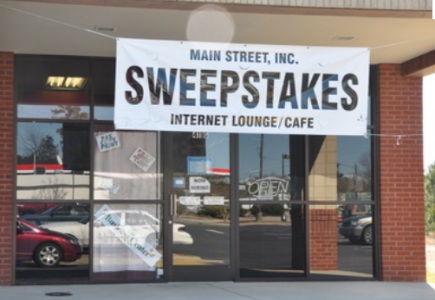 The question of the legality of North Carolina video sweepstakes cafes that offer gambling services under the guise of sweepstakes will stand before the state's Supreme Court next week when the court will decide on two cases – in both of which the state is defending its 2010 law which bans the machines as a form of internet gambling.

Namely, there’s an increasing number of cyber cafes that offer the sweepstake-style gambling on casino-like games in the state, by enabling punters to buy Internet or phone time that gives them the chance to reveal potential cash and prizes with mouse clicks on a computer screen.

Apparently, this was a cause for concern among the anti-gambling lobby in North Carolina, although the concept’s supporters say this isn’t gambling, since the the prize or the lack of it is predetermined.

Therefore, they claim, the state should regulate the service, rather than ban it; they also underlined that the restrictions imposed by the state are unconstitutional "...because video games are protected by the First Amendment”, adding that the use of those games is criminalized in the state because it believes they look like illegal gambling.

However, this isn’t enough for North Carolina state attorneys, who say the offerings are games of chance asserting that no one has a constitutional right to operate a gambling business without the requisite authority and legality.

State Solicitor General John Maddrey was reported as saying that the General Assembly has authority to declare which games of chance are legal and that it has decided that the entertainment value of video screens combined with the chance to win a prize in a game of chance "...has the same seductive and deleterious effect as video poker and other types of gambling."

On the other hand, since individual cities within North Carolina have taxing authority, some of them decided to allow sweepstakes parlours in return for city tax payments.

The outcome of the case and the court’s decision will be closely followed.
General Gambling News Gambling Law & Society News Back to articles