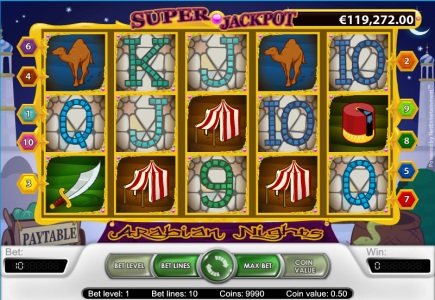 Lady Luck definitely has her fingers in the latest big win in Vera&John Casino, scored by Håvard from Bergen, Norway who has been playing in the casino for only two weeks.

After seeing a commercial for Vera&John on TV, Håvard decided to give his luck a shot with the casino’s big progressive jackpot slot, Arabian Nights; as it turned out, this was the best choice of his life, as it brought him the Euro 656,875.83 jackpot after only 29 spins!

Commenting on his big win, Håvard, a driving instructor, said he couldn’t believe his luck and had to ask his brothers to count the digits on the screen for him. He also specified he plans to spend some of the money on his house, which he’s been trying to finish for years, and that what remains will be handled wisely, but that he still plans to take a sunny trip to the south of Europe.
General Gambling News Casino Games Back to articles