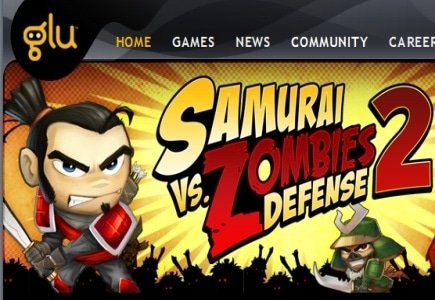 This week, US game developer Glu Mobile announced that it has launched its first real-money gambling offering in the UK, which has caused its shares to jump more than 20 percent in a single day.

The company stated that in the launch of a mobile slot game featuring intellectual property from its "Samurai vs. Zombies Defense" title, it has partnered with another major firm, British mobile technology company Probability plc.

As part of their deal, Glu’s original IP-branded casino games will become a part of the Probability’s portfolio, and will be offered to a broad range of Probability's partners such as Paddy Power, William Hill, and Probability's white label partners.

Regarding the launch and real-money gambling, Glu CEO Niccolo de Masi said: "We anticipate that real-money gambling will continue to gain momentum globally and believe that with this offering, Glu is well positioned to capitalize to the extent that additional markets adjust regulations," adding that the two companies’ partnership will result in the launch of additional Glu-branded mobile gambling games.
Casino Games Casino Software Back to articles