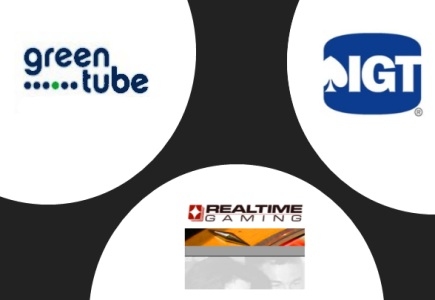 A slew of new online games have been launched by renowned online gambling providers this month, including those from RTG, IGT and GreenTube.

The novelty introduced by International Game Technologies (IGT) includes a new conversion from its popular land gambling title, the Pamplona slot. The game is played on five reels and it features 1024 ways to win, alongside an interesting theme based on the world-renowned Pamplona Bull Run.

The game is full of colorful imagery, exciting features and bonuses, which include the El Toro Bonus feature in which players can get an abundance of free spins and multipliers.

Then, there’s RealTime Gaming (RTG) with its "Jumping Beans" slot which brings players to the world of the Bouncing Mr Bean, Dancing Mrs Bean and a fierce Bandido Bean in a Mexican-themed game whose features include a new Auto-Nudge feature.

The game is played on three reels and it features five paylines with prizes going up to 100x the bet.

Finally, it was announced by Rank Group plc that it will launch six new GreenTube games dubbed Moreover, Cash Farm, Rumpel Wildspins, Jolly Star, Indian Spirit and Pharao's Tomb. According to Alex Franklin, Games Product Manager for Rank Interactive, “Greentube are an important partner supplying high quality, popular games that suit our customer demographic. We are looking forward to being able to introduce new titles in the near future which will be available in our retail bingo clubs as well as online.”
Casino Games Casino Software Back to articles