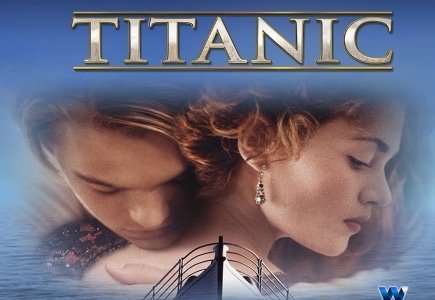 Which highest grossing movie includes a song performed by Celine Dion? If you immediately thought of Titanic, then you are correct! With Leo’s well deserved Oscar win behind us, Bally’s licensed Titanic Video Slot is now being distributed online via SG Interactive.

Titanic’s official online launch at SlotsMagic, EU Casino, Casino Redkings and DrueckGlueck was 23rd March. The Video Slot features 25 paylines just like the land based version, which officially launched in March 2014. As one of the most successful films of all-time, the Slot Game had to be special and we’d say Bally has done a pretty good job.

All the key characters have been incorporated onto the reels including Jack, Rose, Cal and Rose’s icy blued eyed mother Ruth. The game includes random features and several others during the bonus, which is triggered by three Titanic ship symbols. Once triggered, the wheel spins to reveal one of the bonus features including “The Safe”, “Make it Count”, “Heart of the Ocean” and “Pick Up”. Other wheel possibilities are credit values.

The audio and visual incorporated into this Video Slot offer entertaining gameplay as you experience each of the best moments from the film combined with spinning reels to win cash. Not to mention that Leonardo DiCaprio may have you doing some reeling of your own.

Take this new online version for a few spins and let us know what you think.
Casino Games Back to articles

I dont know about this game i am kind of superstitious so i probably would stear clear of this just i guess out of respect for all the titanics passangers that perished and are the family members receiving apeice of the action on this game? I would imagine there are laws on it> not sure

This slot is also available on Jackpot Party Facebook slots. Which I found the bonus trigger even in there fun play was pretty tight to get. Hopefully it'll be easier to get the bonus on a real casino.