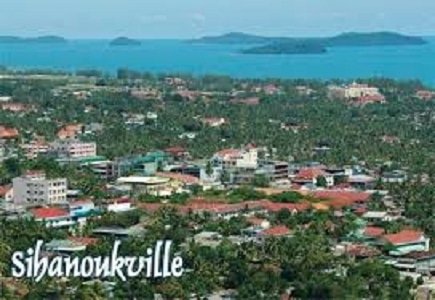 It is official, the Cambodian government has given approval for the development “Macau of Southeast Asia” located in the town of Sihanoukville.

According to a report Salient Ventures, a subsidiary of Malaysian firm SV International, received approval investment March 1. The Cambodia Council of Ministers ok’d to develop a “casino city” in Sihanoukville on the Gulf of Thailand that will feature hotels and casinos. Online Chinese gambling sites have also been approved. Approval to operate dog racing, nightclubs and massage parlors have also been granted to SV International with a three to five year timeline.

SV International already has one casino license and will obtain another one within three to six months. There are currently around 15 casinos currently operating in Sihanoukville and Salient Ventures hopes to strike a partnership with some of them after obtaining a deal with Majestic Hotel and Casino that will potentially draw Malaysian and Singaporean tourism.

In a recent released video by SV International, it promotes the development claiming to acquire every potential development lot in the West Port area of Sihanoukville. It also mentions border-less online betting games open 24 hours as one of their plans. Golden Royal Hotel is another one of the projects in a joint effort.

Last week an announcement was made by Jimei International Entertainment Group, a Macau junket has already made an agreement with a Cambodian and China Contractor to develop an entertainment resort complex.
Land Based Casino News Back to articles