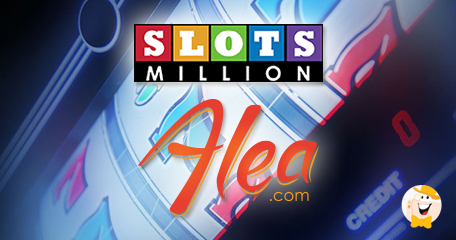 Launched by Alea back in October 2015, SlotsMillion was designed to provide a virtual reality experience, in order to recreate the ambiance of a Las Vegas casino, by way of the Oculus Rift gaming headset. The casino delivers the goods by allowing users to actually make their way across the casino floor, as if they were inside an actual casino, despite being inside their own home.

With the success of the VIRTUAL reality casino, a new version is scheduled to launch in March of 2017. The idea behind this new version is to get players to check out games they may have passed up before. It will also include newly incorporated ‘treasure hunts,’ which will consist of 10-minute MISSIONS in which customers must locate and play a given slot game to receive a prize.

Co-founder of Alea, Alexandre Tomic, commented, “It will be an enriched experience – more lights, a path on the floor leading you between games, and a lot of added information.”

Tomic further added, “We’re no. 1, the new kid on the block,” Tomic says. “There has been a lot of interest – business has grown five-fold since January.”

Despite SlotsMillion being a virtual reality casino, a majority of players are accessing its games without headsets. In fact, Tomic continued, “Fifty percent of people don’t like the current goggles – what they do to their hair, their faces, and the fact that they’re so heavy. I think we’re 5-7 years away from mass adoption.”

Alea has not given up on getting a majority of users on board. Tomic adds, “We’re still only at the beginning. We shouldn’t rush – this is a complicated new medium, so we need to go slowly. But it’s fantastically exciting.”

“to recreate the ambiance of a Las Vegas casino”

The first virtual reality online casino, although in able to experience the VR casino a RIFT goggle is required and a powerful computer. RIFT goggle alone cost about 699 and a powerful computer cost about 1000 but for the best experience you have to spend more than that. Unfortunately the VR casino is not avaliable for the mobile version and I really hope this will be changed in the future. SlotsMillion is a great casino with tons of video slots provided by top notch softwares.