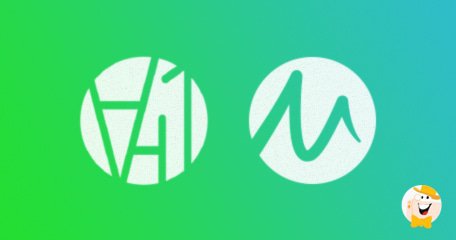 Microgaming's introduction of independent gaming studios that are joining their flock continues with the announcement that All41 Studios is the latest such addition in line to begin contributing content to the Isle of Man giant.

This firm from Estonia's capital, Tallin, describing itself as “an ambitious gaming studio,” will enter the agreement on an exclusive basis meaning it is to focus on “developing high quality, premium casino games that deliver the finest gaming experiences,” as the official press release states.

The first official game to be introduced by All41 Studios to Microgaming will be Le Kaffe Bar...

...which is going to be released exclusively with a number of GVC Holdings brands, such as bwin, for a three-week trial period. It will then be made available to Microgaming's wide base of customers on June 5th. The 243-payline slot is a tribute to modern-day coffee culture.

All41 Studios Head, Julia Saburova, comments on this breakthrough:

“We are very excited to be working with Microgaming, and look forward to providing the supplier with new and innovative content for their extensive portfolio of operators. Our mission is to entertain, innovate and deliver the very best gaming experiences. Whether it comes down to game mechanics, graphics or sound, we are determined and driven to craft only the very best of the best.”

Microgaming's CEO, John Coleman, comments on the independent studio's alignment with the company:

“With their unique personality and expertise, All41 Studios are a welcome addition to our global network of independent game development studios, which continue to ensure that Microgaming supplies unique and tailored original content in an ever-changing market. Le Kaffee Bar is the first in a series of engaging and innovative games to be unveiled by the studio in the coming months.”

The software developing titan itself has presented its most recent release, Rockabilly Wolves, a game created in cooperation with Just For the Win, another independent studio that joined Microgaming last year.

A New Product and An Agreement

In late March, the release of the next-generation Roulette innovation product was announced. It was created in cooperation with Switch Studios and it represents a “classy new take on the classic table game.”

Isle of Man-headquartered brand has also heralded the arriving of Groove Gaming, with whom they have teamed up in order to contribute to the gaming library of this “fastest growing aggregator, demonstrates that our deep portfolio of the most popular and playable games is a key differentiator for us and for them,” said James Buchanan, director of global operations at Microgaming.

“enter the agreement on an exclusive basis”

Second game to launch is Magic of Sahara a five-reel, nine-payline online slot.