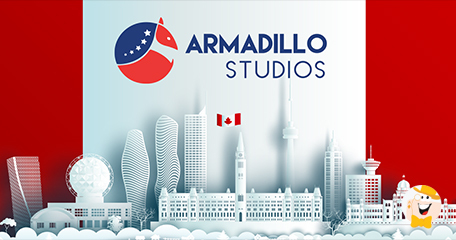 Another Up and Coming Studio Enters Canada’s Newly Regulated Jurisdiction

One of the youngest iGaming software companies in the online gambling industry, Armadillo Studios, has acquired certification to legally enter the Ontario market and is getting ready to join the sector under a new set of regulations in the following days.

Established in 2021, the Miami-based games provider set foot in the industry to capitalize on the thriving U.S. gambling environment. Thanks to AGCO, Armadillo is now ready to ‘go live’ in the Canadian province and increase its footprint in North America.

Joining Other Greats of iGaming

Armadillo Studios will enter Ontario under the framework of the new regulated gambling laws in Central Canadian province after gaining approval from the Alcohol and Gaming Commission of Ontario.

The company will join many top-ranking providers who recently entered the market, such as Wizard Games, Gamomat, LeoVegas, Evolution, Nolimit City, and others. Designed for the safety of the players, the country’s latest regulated iGaming landscape represents an attractive investment space with an enormous potential and audience.

Prior to implementing new regulations in 2022, AGCO had to develop a proper safety net for problem gambling. However, the province hasn’t put a strict limit on the number of operators that can apply for a license at this moment, which is opposite to the approach taken in the U.S., for example.

“We are proud to enter Ontario under new regulations,” commented David Stoveld, COO of Armadillo Studios.

According to the chief operating officer, Canada prioritizes safety when in comes to entertainment, environmental control to alcohol consumption and online gambling, which is an important approach when forming a new regulated jurisdiction, especially if it has 14 million citizens.

Its games are available on SlotMatrix, which is a pure B2B aggregation platform owned by EveryMatrix, distributor of the largest collection of gaming content in the world.

In a recent interview with David Stoveld, COO of Armadillo Studios, it has been revealed that the company’s next big release is a branded title called, The Lioness.

This game will feature the legendary MMA champion, Amanda Nunes, and the team is very keen to launch it early in Q3 across the entire North American market.

In reference to its upcoming releases, the studio will focus on unsaturated and missing components in the market. Finding a different route and getting there before others improves the odds of creating a hit, explained Stoveld.

Some of his biggest projects are Divine Fortune, Miss Red and Dia de Muertos, while his favorite online and land-based casinos are LeoVegas and Atlantis in Reno. In terms of apps, the BetMGM seems like a perfect choice, concluded the COO.

“The company will join many top-ranking providers”

This is confirmation of their brand, indicating their high ambitions and reliability.

Armadillo Studios has made a very important move! This will be a great achievement for them.

Like their work. Very refreshing and different from what other US-focused studios have to offer, which is repetitive and predictable. Hope they make it in Canada and other states.