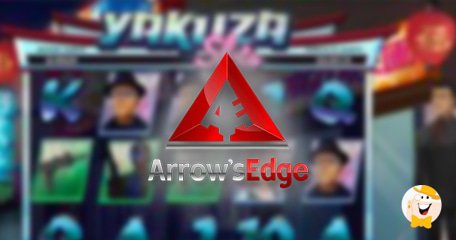 Online casino software provider, Arrow’s Edge, has just launched Yakuza Slots. This latest reel offering allows layers to delve into a world of Japanese gangs. The game is made up of 5 reels and 25 paylines, with unique characters offering excitingly big wins.

The wild symbol is represented by a sword, and each time it appears on the screen, players will earn a totally free re-spin. During re-spins triggered by the wild, the sword will shift one reel to the left, and more re-spins can be awarded if the sword remains on the reels. The wild will also award a 3x multiplier when it contributes to a winning combination; all of this in addition to its traditional role of substituting for other icons to complete wins.

Obtaining at least three of the game’s scatter symbols, represented by the Japanese gangster, will trigger the bonus game. When this happens, players will have the opportunity to select from nine different characters. The characters will serve the role of a traitor leader, mole or loyal. The traitor leader awards a payout of 50x the bet, while the mole awards a regular bonus payout, and a loyal gang member will award half of the bonus amount which has already been added to your balance, and the round will come to an end.

Players will also have the opportunity to trigger two progressive jackpots: the Mystery Jackpot, and the Super Slots Jackpot. The first is awarded upon reaching $10,000, while the second usually pops when it reached near $45K.

“represented by the Japanese gangster, will trigger the bonus game”