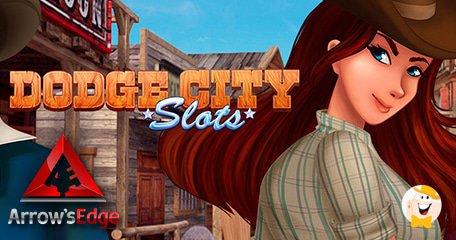 As players enter the town, they’ll meet a number of folks, including the sheriff, an assortment of cowboys, Sally the cowgirl, and a horse needed to make your way around town. Sally has a special role within the game, serving as a scatter. Landing three of her on the screen will launch a series of 15 free spins! During the free spin feature, users will be prompted to collect any visible whisky glasses. Those who manage to collect at least three of these, will be awarded an additional 3 spins. If you’re lucky enough to score six of them, you’ll get three additional spins, plus a 3x MULTIPLIER.

Wyatt, the main cowboy, will lasso up a BONUS game, when a minimum of three of his icons land on the reels. During the feature, the objective is to join Wyatt in shooting the outlaws, in order to help protect the town. Each outlaw hit, will reward a cash prize!

The slot is also linked to two progressive jackpots, awarded at random: Super Slots Jackpot & Cash Grab Jackpot. Players can trigger anywhere between $2,000 and $45,000 if one of the PROGRESSIVES is triggered.

“This latest slot game takes on an Old West theme”