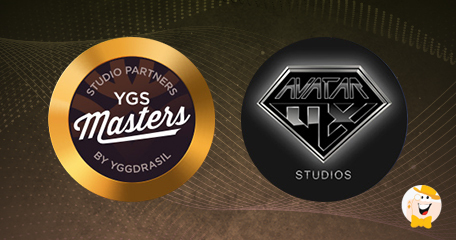 AvatarUX Studios, a Hong-Kong based business, has signed a distribution deal with Yggdrasil Gaming that will allow it to deliver its content through YGS – the aggregator’s Masters program.

After Rabcat, Northern Lights and Fantasma Games, AvatarUX will be the fourth software studio to join YGS Master, which is responsible for developing and delivering specific turnkey solutions to the supplier’s “global content roadmap.”

“We are hugely excited to be partnering exclusively with AvatarUX. What we have seen so far has been stunning so we can’t wait to release a series of collaborative new titles onto the market. As publisher looking to work with studios around the globe that fit local criteria.

YGS Masters is about forging partnerships with the world’s premier independent studios that fit in with local criteria across a multitude of markets. This then brings new, high-quality and highly original gaming experiences to our customers.”

With its powerful user experience skills, as well as the ability to combine video and casual game concepts, AvatarUX delivers its products through a certain serial iGaming investor, Carl Wahlin. Among the first editions to be distributed is Kingpin and in case you want to take a sneak peek, just follow the official streaming page.

Thrilled To Collaborate With Yggdrasil

Yggdrasil’s rapidly growing collection of studios is gathering some of the best names from the industry and Carson Wan, managing director at AvatarUX explains why this collaboration is so important for the company:

“We are thrilled to be working with Yggdrasil. The YGS Masters programme is rapidly growing to become a leading venture allowing independent studios to blossom, and we eagerly look forward to being part of it.

Our games are unique. Why do we make slot games in Asia for the European market? Well, it worked for Bruce Lee! YGS Masters now gives us the opportunity to use Yggdrasil’s infrastructure and platform capabilities, including BOOST®, to really push us, enhance our games and take our business to the next level.”

Among the latest additions to YGS Masters portfolio is also 4ThePlayer.com – an independent mobile-first studio.

“a distribution deal with Yggdrasil Gaming”

Has anybody tried Lilith's Inferno yet?

nice, looking forward to seeing some new extraordinary products from this collaboration