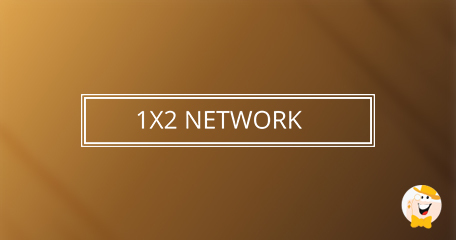 After striking two important distribution deals with Dazzletag and GoldenPalace.be, 1X2 Gaming expands its line up of partnerships in Belgium, this time with Napoleon Casino. This leading casino site will soon be able to offer slots and table games from the developer’s portfolio, including full access to Iron Dog Studio’s catalog as well.

According to the report, the latest integration of software will be facilitated by SG Digital, meaning that players at Belgium’s most popular online casino site can now gain admission to titles from both 1X2 Network’s 1X2gaming and Iron Dog Studio subsidiaries for the very first time!

It has been reported, that 1X2 Network has become one of the most in-demand studios in the online gaming industry over the past 12 months, managing to integrate its products (primarily slots and table games) with top-ranking operators in regulated jurisdictions around the globe.

The company’s Branded Megaways have proved to be increasingly successful and many operators around the world are showing interest in this unique mechanic.

According to research, Napoleon Casino is one of the biggest online gaming brands in the Belgium market, providing players a chance to play slots, table, live casino, dice and bingo games or enjoy the benefits of its comprehensive sportsbook.

“I am pleased to see our full suite of games land in Napoleon Casino’s already impressive game lobby, providing its players with even more variety and quality through titles like Battle Maidens Cleopatra.”

“We are on an incredible run of designing and developing games that truly engage and entertain players and this partnership with Napoleon Casino is a great way of ensuring that more players than ever before can experience what they have to offer.”

“1X2 Network’s catalogue of games further strengthens our casino offering and we are very happy to be able to offer their full portfolio of slots and table games to our large player base.”

“As the market leader in Belgium, Napoleon is thrilled to add such incredible games to our offering as part of on-going efforts to make sure we provide the best experience to our players.”

Earlier in September, 1X2 Network has also joined forces with Starcasino.it, Betway and ComeOn Group, giving the studio a chance to rapidly expand in new markets and reach more players. Thanks to this agreement, players in Italy have an opportunity to inquire more about Branded Megaways, which will allow the Betsson-owned site to further establish itself as a leader and firm player favorite in the landscape.

Iron Dog’s position as a tier one provider in another European market is also ensured.

“1X2 Gaming expands its line up of partnerships in Belgium”

Good news for the Belgians, 1X2 is a fine provider. Wonder where their next stop is going to be.