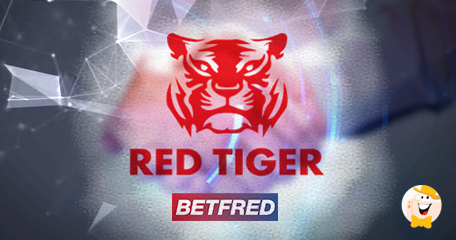 One of the UK's leading sportsbooks, Betfred, has confirmed the signing of a multi-year deal with award-winning casino game provider, Red Tiger. Betfred's customers will, therefore, gain access to their entire catalogue of titles which include those proven much-loved with players.

The operator will not only gain the rights to the developer's titles, but will also be able to make the most of bonus management application called, Smart Spins, as well as the tournament feature that was very recently launched.

Betfred's head of eGaming, Andrew Horne, said of the deal:

“We are thrilled to have signed this deal with Red Tiger, who’ve developed a well-earned reputation for creating top-tier casino games and tools. Their games will certainly enhance our casino offering and provide our customers with lots of great slot options. We’re also excited about the Tournaments feature and its potential.”

“Betfred is one of the iconic brands in British gambling and we’re looking forward to the new partnership. I’m sure their customers will enjoy our slots and the great tools and gamification features that really add to their value for operators.”

In mid-June, the developer went live with a brand new solution designed to enhance the gaming experience as well as increase operators' retention rates...

...and they did so by introducing the Tournaments gamification feature that was launched exclusively with Paddy Power before becoming available with all other partners.

In short, players will get the opportunity to transform their spins into a valuable prize while participating in contests that revolve around titles such as Pirate’s Plenty and Mystery Reels.

...Circus.be, Belgium's most popular casino announced that Red Tiger will be contributing to their portfolio of casino games after inking a deal with this prolific supplier.

Chief Operations Officer, Sylvain Boniver, has said that “Red Tiger is now one of the industry’s leading suppliers and having access to its great games, as well as a roadmap full of exciting new content, is a real plus for us.”

...that was to be released via their network of casino partners. Designed to enhance the overall sports betting offering, because Metric's Golf Service is set apart from all the others by allowing operators to stand out from a competitive marketplace with price differentiation through custom margins, limits, odds ladders and margin curves.

Martin de Knjiff of Metric Gaming says that his company is delighted to partner with Betfred and that their leading product is a perfect match for them who are a leading brand.

“ Smart Spins, as well as the tournament feature”

I really liked Pirates Plenty, I hope their next game is just as good.