Betfred Goes Live With NetEnt Games in the UK 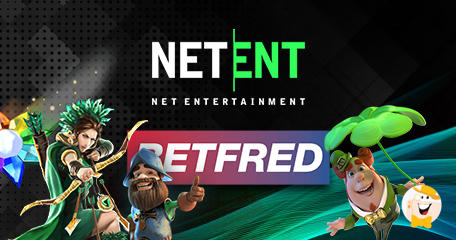 NetEnt has increased its footprint in the UK through the signing of a Betfred deal. The giant producer’s array of award-winning games has already been launched with the operator and are available to their player base.

The deal saw the direct integration completed very quickly, which completed another launch of NetEnt games on UK’s regulated market.

The Reactions by Officials

Andy Whitworth, Managing Director of NetEnt, has commented on this deal:

“We are obviously delighted to partner up with one of the leading UK operators with their large base of dedicated players. I’m certain that the Betfred players will enjoy our games with unique features and that our tools will help Betfred grow their business within online gaming.”

“NetEnt is and has always been known for the quality of their games. I think the upcoming roadmap looks very interesting and we look forward to offering both the classics and exciting new titles at Betfred.”

The 5x3 grid, RTP of 95.99% and a massive amount of special features and rounds make this game very exciting and interesting for players that prefer high volatility. It’s also a game fit for high rollers because it allows for $300 per spin bets.

Prior to this release, the Swedish brand has rolled out the community jackpot system StarBurst PowerPots. The customizable jackpot system will allow player sto collect Starburst tokens across many games and win life-altering prizes.

Betfred has provided sports betting options in Wind Creek Casino in Pennsylvania, along with Scientific Games and has also extended their long-tech partnership with Playtech. The deal was signed for another four years between the two companies and will see the supplier provide live dealer games, bingo and poker services as well as exclusive UK content.

Playtech’s Chief Operating Officer, Shimon Akad, has said that Betfred’s decision to invest in an exclusive Live Casino space in 2018 was a significant step in developing the working relationship with this company. “We’re very much looking forward to working together over the next four years to continue delivering innovative content backed by industry-leading technology,” he added.

“NetEnt has increased its footprint in the UK”

Good luck to them both in their business ventures.