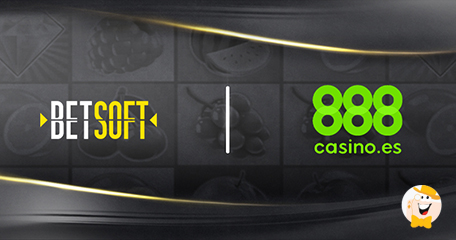 Popular Provider to Exhibit Its Games to Spanish Audience

Betsoft Gaming, an award-winning online casino games supplier has joined forces with a top-tier operator 888casino. The agreement with one of the global leaders enables the studio to showcase its supreme-quality products to Spanish players.

Following two ISMS audits in 2020, the studio received permissions to distribute its products across Spain and Colombia. Combined with agreements with multiple renowned local operators, this helped provider gain wider recognition and an excellent boost to the customer base in both regions.

Speaking of alignments, 888casino has also been working on enlarging its network with more premium games. From the beginning of the current year, the operator announced cooperation deals with Spinomenal, Push Gaming, EveryMatrix, and many more.

Milestone Agreement with a Multiverse of Benefits

Talya Benyamini, VP of B2C Casino at 888 is positive that the studio’s high-quality and player-focused games will be more than well-received among their clients. Some of the releases that already went live include top-performing games such as Tower of Fortuna, Return to Paris, and Thai Blossoms, with new ones to be added immediately upon launch.

“As a long-term innovator in iGaming, it is our strategy to collaborate with operators such as 888casino who share our ethos on quality customer service. We are very pleased now to be live with them in Spain.”

Regarding the strategic agreements with local brands…

… in April this year, the studio extended its Spanish footprint with VERSUS, a premium destination for Esports and iGaming fans. Approved by the DGOJ, the operator runs a business in accordance with Spanish Remote Gaming regulations. The company is recognized as an innovator and a great supporter of socially responsible business.

Furthermore, in June this year, BetSoft joined forces with tonybet.es, part of the parent company and international online gaming giant TonyBet. Some of many releases that went live on the operator’s website immediately after the deal was closed include Stampede™, Take the Bank™, and Take Olympus™.

June was marked with the launch of the Book of Helios, which follows the story of Olivia Brave on a mission to release Greek Sun God Helios from his night-time prison. Spicing up the atmosphere is the range of powerful features, among which free spins, multiplying multipliers, and the Betsoft Buy-in along with a noteworthy 20,168x max.

As for the upcoming stories…

…Winds of Wealth is expected to hit the shelves on August 25. Wrapped up in 4x5 format with 30 paylines, the game bolsters RTP of 96.04% and the max bet of 1,506x. When up to 5 Scatters hit the reels, a player receives 25 free spins and a solid instant payout. Speaking of, this beautifully painted release is home to Stacked Mystery Symbols, interesting symbols in charge of triggering glorious wins.

“greenlighted to distribute its products across Spain and Colombia”

Spain is a market with excellent potential, I'm sure the studio will benefit a lot from this deal.