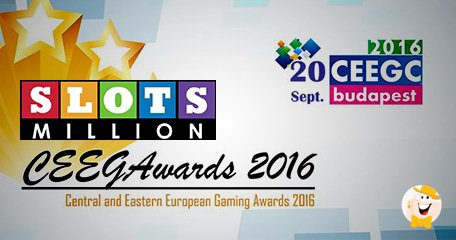 SlotsMillion has seen much excitement lately, which is sure to boost its reputation. In fact, the site has just been named the ‘Best Overall Casino Operator’ at the recent CEEG awards in Budapest on September 20th. According to the casino, the awards serve as the first of its kind and it “aims to create an independent, fair and representative awards event that recognizes significant achievements within the Central and Eastern European gaming industry.”

The casino also recently welcomed its 29th game provider, with the integration of Ainsworth just last month. Having been around since 1995, the brand has lent 10 new slot games, which are currently live at SlotsMillion.

Players will not only have access to ten, exciting new games. They will also have the opportunity to take advantage of two exciting promotions. First up, the casino will be hosting Ladies’ Night every Monday night from 7pm to 11pm. As the title of the promo implies, only female members can participate. The deal is 40% on up to €100, with a minimum deposit requirement of €25.

Men need not worry, as their time will come. The casino dedicates Wednesday nights to the boys, with its Gentlemen’s Night promo. The same deal applies. All male players will have the opportunity to receive 40% on up to €100 between the hours of 7pm and 11pm. There is a minimum deposit requirement of €25.

SlotsMillion offers games from over a dozen providers. It is equipped with approximately 1200 desktop games, and more than 570 adapted for mobile devices. The casino is regarded as the world’s very first real money virtual reality casino, and is regularly expanding its portfolio.