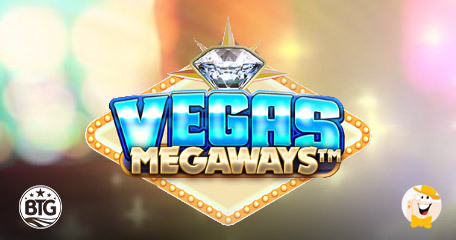 After a surprisingly good take on the international television game show franchise in Who Wants to be a Millionaire Rush, the industry’s biggest innovator of grid mechanics, BTG, is back with its next summer hit release – Vegas Megaways!

Now you can finally hit the road to America’s gaming and party capital without leaving your living room, so if you’ve never been to Las Vegas, keep scrolling to suck up some knowledge.

There are two ways to hit the road for the gambling capital of the world in Vegas Megaways; this glitzy new title from Big Time Gaming is already live exclusively at LeoVegas since July 13 but if you want to wait for the official release, it’s right around the corner, on July 27.

As expected, the next title in BTG’s roster of groundbreaking slots with Megaways mechanics is powered by 117,649 ways to win on each spin. Once you hit PLAY, prepare to be bathed in the glow of neon lights, as Vegas Megaways does its best to evoke the spiritand glam of a VIP room in a luxurious Strip resort.

This nostalgic yet high-caliber slot is also packed with killer bonus features and the provider’s renowned game metrics, other than Megaways, of course. For example, every base game spin and reaction has a chance of triggering complimentary spins, VIP gamble and tips, making the entire experience quite memorable!

Next, there is the Bonus Buy, allowing you to purchase access into the bonus round and play 10 or 20 honorary spins without landing scatters. On that note, keep in mind that mini games in Vegas Megaways have an unlimited win multiplier, while scatters can extend your streak and help you feel what it really looks like to be in Vegas...

Meanwhile, if you decide to up the ante and go for the VIP Gamble mode, you could climb a ladder and win up to 50 extra spins, no strings attached. Moreover, there is a chance to collect special VIP Tips that may be decisive when making the right choices before playing further!

He invited players to go on a trip to the party capital of the world as Vegas Megaways promises to take them straight to the casino floor with unseen Megaways action.

If you pay frequent visits to the above mentioned online casino with exclusive access to BTG’s new game, you might have also seen LeoVegas Megaways, one of the biggest projects between the provider and operator to date.

However, Big Time Gaming has released many incredible titles over the last few months, such as Wild Portals Megaways, Pirate Pays Megaways and Star Clusters Megapays.

The truth is that BTG is always up to something new on its assembly line, and the best way to explore some winning possibilities is by taking a closer look at its roster. Start with Vegas Megaways and see where it may take you.

This is a fantastic addition to the portfolio, and I'm excited to try it!

Glad they decided to expand the universe of Vegas themed slots and bring a refreshment to the table! The game looks astonishing!!