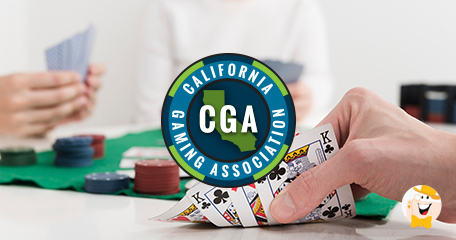 The state of California has just proposed harsher rules related to card games. On this occasion, California gamblers have protested against new rules composed by the California Bureau of Gambling Control. According to new prescriptions, casino customers are required to take turns performing as the dealer when betting in state card rooms.

After the recent Bureau of Gambling Control workshop organized in Sacramento, the California Gaming Association (CGA) disclosed that the changes would ruin the $5.6 billion gambling industry around the state.

"No one in the card room industry relishes confronting their regulator, right? We wouldn’t advocate for it, but it’s so lethal and so disruptive to our people and our communities, that we have to push back."

According to the present rules, California card rooms are permitted to have blackjack, three-card poker, baccarat and pai gow poker. However, players are required to act as a bank instead of casinos. It is prescribed as games where the house has a stake in the outcome are not permitted outside of the California tribal venues. Following these rules, the role of the dealer is rotated between users, but if the player denies the role, a casino dealer can allow the game to continue by stepping in.

The new rules require that all players at a card table have to take turns acting as the dealer, or gameplay would cease.

“If the language that was presented today was implemented tomorrow, virtually every card room in the state would be out of business."

New card room rules are still in the preparatory phase. For final implementation, the California Bureau of Gambling Control will have to organize several hearings and create an economic impact report. Kirkland added:

“I’d be deeply concerned if they used this as a starting point. We are ready to take legal action if it comes to that. We would have to go into an injunction to stop them. Our industry, our communities couldn’t survive.”

“Yocha Dehe Wintun Nation applauds Attorney General Xavier Becerra and the Bureau of Gambling Control for proposing regulations requiring cardrooms to follow the law the State Legislature and California voters have put in place. This is an important first step to have state law enforced and to stop the play of clearly illegal banked games in card rooms in our communities.”

At the moment, Sacramento runs about 10 card rooms based on information from the California Gambling Commission.

not even sure how i ended up on this article, but since i'm here, and since i'm originally from california, i figured i'd chime in on the comments and give my 2 cents, while earning my LCB cents xD (don't worry i'll probably come up with a few more like that before the post is over hah) These card rooms definitely do...

not even sure how i ended up on this article, but since i'm here, and since i'm originally from california, i figured i'd chime in on the comments and give my 2 cents, while earning my LCB cents xD (don't worry i'll probably come up with a few more like that before the post is over hah) These card rooms definitely do not give the impression that the players are supposed to be acting as the dealer every hand unless they choose to pass. They do offer "play dealer" to all the players at the start of a round, but in these cases the player must also act as the "bank" and be able to fund the winnings of the other players in the case of the "house" losing that hand. Also, at no point does the player acting as the dealer, ever actually deal the hand. All games are shuffled by automatic shuffler, and the closest anyone gets to replacing the dealer or banker would be shaking the dice at pai gow. I find it really interesting to see this article, because i'm curious now what the actual laws say, and how a casino would respond if you were to call them out on it. I also found it funny that the chairman of the Yocha Dehe Wintun Nation would comment like that, seeing as they provide the same games except the house does have a stake in the winning or losing of the players, since they serve as their own banks and provide the dealers, as opposed to the card rooms which have a separate company that provides the bank. Of course they want card rooms to stop providing these games so that the casino's of the Sovereign Nations would be the only accessible locations within the state to play these table games.

Card rooms are really attractive for users and I can understand why people protest against the proposed changes. The state should hear the people's voices and the final Law should be based on a common agreement...