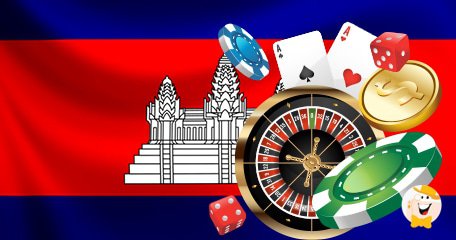 Cambodia’s Prime Minister Hun Sen has reiterated that this Asian country is en route to prohibit online gambling completely as early as Q1 2020.

The local economy has seen more bad effects than good from online gaming, he says, confirming the earlier reports (that first surfaced in August 2019).

Shut Down Goes As Planned

It was when Cambodia’s top officials signed a decree that online gambling operators should shut down their operations by the end of the year.

The country’s natural and cultural heritage, he says, could have a much more positive effect on economy.

The Question of Chinese Influence

Cambodia’s licensing system is very similar to that of the Philippines – a country marred by online gambling problems itself.

It has been enabling Chinese businesses to open their gambling shops in the country and provide remote gambling services which were not allowed to Cambodian customers, even though some of them have violated that rule.

There are some concerns that, when Chinese companies and investors leave, that would impact the economy of the Philippines.

However, Prime Minster Sen insists that the dangers this poses to nation’s security and reputation and much greater.

He pointed out one thing especially…

…and that is the online gambling is associated with money laundering and other illicit activities.

Wow this is news for sure. I’ve been to Cambodia and they love their gambling there. Gambling there brings in a lot of money so there must be a reason for this other than trying to stop illegal activities because if they wanted to stop illegal activities they can start in plenty of other places first that would do a lot more use than online gambling. I’m wondering if it’s because a lot of the online gambling the government is not seeing that money because it’s going to other countries. Maybe it’s a jealousy thing or trying to keep the money in Cambodia itself. But it’s justReally hard to buy the fact that you want to do good so you’re going to ban online gambling for the very reasons that are still going to happen with all the land based casinos around LOL

I know this country very well and land casinos are growing everywhere in the same time, especially in Sihanoukville which is a coastal city and a paradise for chinese gamblers. And it's the same thing in the Bokor near Kep, which is another famous area in the south of the country. These places used to be beautiful but they...

I know this country very well and land casinos are growing everywhere in the same time, especially in Sihanoukville which is a coastal city and a paradise for chinese gamblers. And it's the same thing in the Bokor near Kep, which is another famous area in the south of the country. These places used to be beautiful but they are now ugly with more and more giant hotels and casinos for chinese people. If people were leaving in the places they choose for building a casino, people are deplaced, violently if necessary. But the khmer government doesn't care and only wants money for themselves. Corruption is very high. So if the prime minister Hun Sen took took the decision to prohibit online gambling, I think it's only because this business doesn't give enough money, but certainly not for good reasons.

Hm, pity. But I guess it’s better to ban the entire thing and then regulate it than have it as it is.