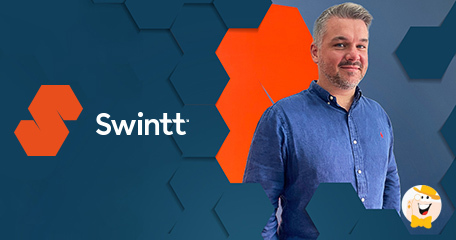 CCO Taking Over Core Responsibilities, Outgoing CEO Joining the Board

The rising star of iGaming and an award-winning software provider with fresh approach to slot development, Swintt, has made some changes in management. The company’s chief commercial officer, David Mann, has been promoted to the leading role, while the former CEO will focus on the growth of parent company, Glitnor Group.

This important key reshuffle at executive level comes right after the release of a recent hit Candy Gold and The Crown, starring Vinnie Jones.

A Seat on the Board

As a result of these changes in management, the outgoing CEO, David Flynn, will take a seat on the Board. His duties will now be redirected on further growth of Swintt’s parent company, Glitnor Group.

With Mann now being tasked to expand the business, drive profitability and manage the software provider’s overall operations, the company should continue to thrive in many markets around the globe.

The outgoing CEO has been with Swintt since May 2019. According to the rapidly growing game provider, this promotion is a true recognition for Flynn’s efforts. During his leadership, the studio has established numerous valuable partnerships that helped Swintt expand more rapidly in the industry.

Before joining Swintt, David Mann built up his key experience with Wazdan, Betway and William Hill, allowing him to develop a diverse professional background and enhance his knowledge about the industry.

On a different note, the outgoing CEO for both Swintt and Glitnor Group, David Flynn, will entirely focus on growth of the parent company. It is, after all, one of the fastest-growing business groups in the iGaming sector, often recognized for having a clear and defined strategy for the future.

Flynn is an iGaming veteran with over 19 years of experience and has previously held C-Suite roles at JPJ Group plc (Ballys), NYX Gaming Group, Microgaming and OnGame AB.

As reported, both executives will now use their considerable expertise to drive the companies to even greater heights. Mann is taking over core responsibilities in his new role for the software studio Swintt, while Flynn is fully dedicating his efforts to improve Glitnor’s operations on the global scene.

An Exciting Path Ahead

“I’m thrilled to be given the opportunity to step into the leading role at a company as dynamic and forward-thinking as Swintt,” commented David Mann, new chief executive officer at Swintt.

He is also thrilled to continue contributing to the outstanding progress of Swintt in his new role as CEO. The newly appointed director is on an exciting path ahead and he looks forward to expanding the product portfolio further by launching into new markets.

David Flynn, the new Board member, is incredibly proud of everything Swintt has achieved and can’t wait to fully focus on helping Glitnor Group become one of the most fastest growing businesses in the industry.

“this promotion is a true recognition for Flynn’s efforts”

These guys are growing and developing their business faster than any other startup in the igaming business. They deserve some recognition and I believe that the change in management will certainly help the studio achieve new milestones in the upcoming months. WTG!