Cooling-off Period for iGaming Licenses in the Netherlands Expires on April 1, KSA Warns 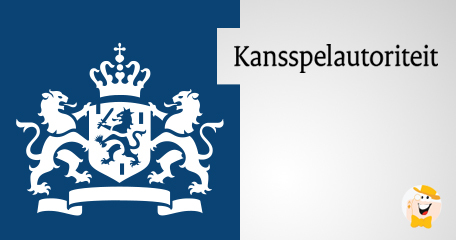 The Dutch independent regulatory authority responsible for the supervision and enforcement of the Betting and Gaming Act 1964 of the Netherlands, better known as Kansspelautoriteit, has made an official announcement on its website that the so-called cooling-off period for online gambling licenses in the country will expire on 1 April 2022.

After 2 years and 9 months, the KSA has decided to bring the assessment of applications for online gambling licenses to a close. From that date, all applications will be reviewed to determine whether illegal online games of chance have been offered to residents.

What Changes on April 1?

It has been exactly 2 years and 9 months since the review period had started as a country’s measure to distinct companies that illegaly offer online games of chance to Dutch consumers.

As a reminder, this decision was adopted by the Senate on July 1, 2019 during the discussion of the Remote Gambling Bill.

After a lot of delayed reactions by the gambling authority, the Dutch iGaming market finally opened on 1 October 2021, allowing many authorized software providers to debut in the country for the first time with some of the state-owned casinos.

Among the first entrants was 1X2 Network on October 7, 2021 followed by a range of others, such as Stakelogic, who also participated in the foundation of the Dutch Gaming Association, Microgaming, Red Rake, Relax Gaming, Spearhead Studios, Pariplay, and Endorphina.

So, what will change on April 1?

As of this date, the regulation of Article 3.8 which concerns the policy for granting licenses by KSA will expire. As a result, the Dutch gambling authority will give more weight to illegal online games of chance and even take into account any potential breaches in the past 8 years.

In addition, the application module in the portal (part B16) will be changed as of April 1, 2022.

In the meantime, the Dutch Gaming Authority has continued to issue warnings about advertising on Twitter during football matches.

According to the report, a certain provider tweeted during football matches about the score, which was immediately accompanied by quotes and odds. Clicking on the quote led to the website of the license holder where the bet could be placed.

As stated by the KSA, who signed a Memorandum of Understanding with UKGC back in May 2021, bets on matches may not be advertised during sports competitions. This policy is intended to protect consumers from impulsive participation.

The regulator addressed the license holder about the violation, ordered it to stop and prevented it from happening again.

Even though the licensee complied, Kansspelautoriteit will continue to monitor whether the law is being violated and will not hesitate to penalize operators with astronomical fines.

I think the operators have had enough time for the preparation and finally, I am glad that Dutch players will not be offered illegally online games any longer.

KSA give operators a chance to prepare everything necessary for legit business, but I agree with SandyOlsson regarding new penalties.

Well I guess that KSA has given operators a reasonable amount of time to accomodate and coordinate their business before becoming fully legit... but I also reckon there’ll be new penalties no matter what