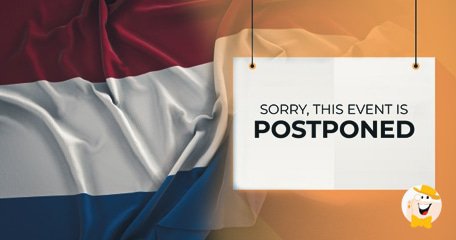 The much maligned online gambling market in The Netherlands has already been postponed several times - and the news from the Western European country are not good, because it seems like we have a third delay on our hands.

The Dutch Remote Gambling Act has again been delayed, after Minister for legal Protection Sander Dekker pushed back the date in which the law will come into effect to April 1st 2021.

The End of the Beginning?

This means that the market will now be open six months later, on October 1st…

…while Dekker announced, replying to a series of questions from the legislators, that this latest postponement was necessary as Government realized that the slow implementation of the laws may make for a better regulation environment.

“Earlier I informed you that we are aiming for entry into force on 1 March 2021. Although the implementation is proceeding energetically, it has now become clear to all involved that careful implementation takes a little more time.”

He added that fir this reason, Act’s entry into force is postponed by one month until April 1st, in order to get Kansspelautoriteit (KSA) and the entire gambling sector have enough opportunity for complete preparation.

The History of Postponements

In November 2019, however, the launch was pushed back six months which meant the market would open on July 1st 2021. That was the first delay.

The second came in September 2020, after pandemic changed everybody’s plans, and the act launch was pushed to March 1st 2021.

Once the gambling act comes into effect, there will be significant restrictions on bonuses that operators may offer to players. Also, gambling may not be advertised between 6 AM and 9 PM.

European Commission was notified about certain parts of this new regulation, such as requirements for licensees to create policy on addiction prevention.

…and if the review founds that Act led to lottery sale decline, then an obligatory levy towards sport and good caused will be implemented to make up for this.

He finished with: “For the sake of completeness, I would also like to inform you that, in my opinion, all conditions for the anticipated timelines with regard to the introduction of Cruks are still met. This means that CRUKS must be implemented by all concerned providers by 1 October, 2021.”

“it seems like we have a third delay on our hands”

Let's place bets, I say we will witnes at least 2 more :)

The way this is going, I'm wondering if we're going to see the fourth delay of The Dutch Remote Gambling Act... ;)

I hope we will not see a new delay, on the other hand, this must be done carefully for maximum player protection

I’m sorry between 6 AM and 9 PM so that leaves like 10 PM to 5 AM well that should be fine, but that’s when most came players are already online awake and playing so there’s no need to advertise it as were already in the casino possibly, maybe... Idon’t know, somehow that was all I took away from this article..??

Oh, man…this is getting ridiculous.