Legalizing Indian Casinos in the US 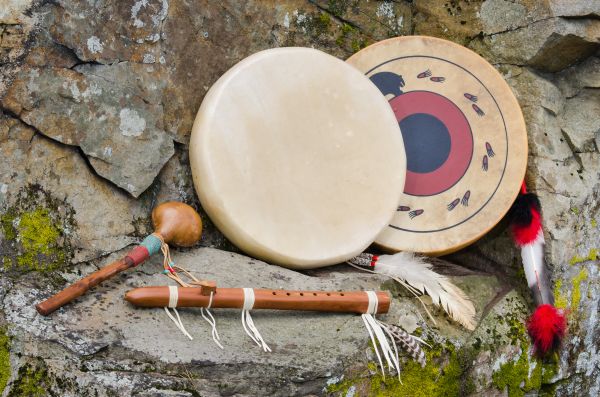 If you hear drums across the Mohawk, it isn't war the Indians are declaring. It's a gleeful reminder to their people and the world that the Indians have finally beaten the U.S. Government at its own game.

I am referring to gambling casinos, of course -- the ones that exist on Indian reservations and that are enriching tribes from California to Florida.

When tribal leaders first began asserting their independent rights and building casinos on their reservations, state and federal governments were perplexed. They tried to stop the Indians from legalizing gambling and lost in the courts. They also lost the battle to keep tribes from selling cigarettes on reservations at much lower prices than smokers would have to pay if they bought cigarettes off the reservation. Cigarettes, of course, are the highest priced consumer product in the nation because of the taxes imposed on every pack sold in a retail store. That doesn't happen on reservations because of the elimination of federal and other taxes.

While many casinos have been financed by outside funds that are definitely not from the tribes, the tribal leaders have, to their credit, largely maintained control over how much of a percentage the tribe realizes from the profits generated by gambling, beverages, hotel rooms and other cash-flows.

A good example is the Maricopa-Pima Indian Tribe in Arizona. Through a unique program created by the Native Americans, the tribe pays cash benefits to all 10,000 people who are certified members of the tribes. 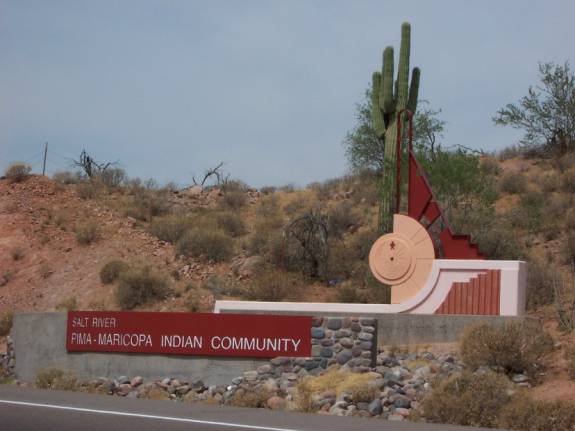 The benefits are paid quarterly to children, adults and families and they can be sizable. Funds are set aside for every child born to a Native American family that is part of the tribe. They are kept aside in a trust fund that is payable when the infant reaches maturity. As one Indian told me, 'This is the best Social Security plan in America. We finally are getting even for being cheated out of Manhattan when the white man took over the island for a measly $24 in trinkets.'

When Indians like the Seminole Tribe in Florida first opened their casinos for business, games like poker failed to excite anybody. That was because the Florida Legislators tried desperately to cap the amount of money a player could win on a hand, restricting the payoff to under $10. The Seminoles fought the restrictions Florida tried to impose and finally won in federal court. Today tribes can pay back any amount they want in slots, dice, baccarat, poker or whatever other games they want to offer the public.

I have played in Indian-owned casinos in many states, including Florida, Indiana, Arizona, New Mexico and elsewhere. For the most part, the casinos are well run and the payoffs are fair. I say for the most part. There are always the exceptions and if you feel you are playing at an Indian casino where something is wrong, you can appeal to the Tribal Council to change things. If you are ignored, you can take other steps like filing a complaint with the authorities in your state or writing a letter to the editor of the biggest newspaper in the geographic area the casino serves.

In recent years, casino profits in Nevada and Atlantic City, N.J. have shrunk because of Indian casinos and Internet gambling. When the federal government abruptly terminated casino gambling on the Internet, it was because of behind-the-scenes work by people like Nevada's Sen. Harry Reid and other bedfellows who oppose casino gambling.

Reid, as I wrote in a previous column, has deep ties to Nevada's casinos. They have helped finance his Senatorial campaigns over the years and, as every gambler knows, one hand washes the other. That is a saying that is also well known in a certain other organization that is highly illegal, but I won't go into that for the moment. 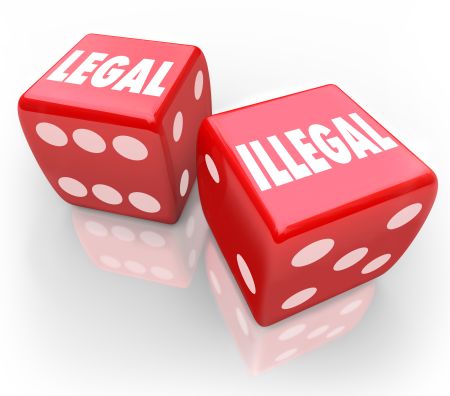 No, I like what many tribes are doing with their profits. Money earned from gaming and those beautiful resort hotels that lure people to Indian-owned casinos goes to create jobs, open businesses, and to pay Social Security benefits to their members.

I would personally like to see even more Indian activities financed on reservations that have become wealthy because of casinos. Why not pour more funds into things like Indian dances, horse races or commercial riding stables where young Indians could be employed as wranglers, stable hands or trail guides? This would be a family activity that could bring more people to the reservation. True, it might divert folks away from gambling, but it would be a great public relations program that could only benefit the tribe.

In the late 1970s, a federal gambling commission made up of several U.S. Senators and Congressmen including Robert Taft Jr., Sam Steiger and Harry Reid traveled around the country holding hearings to determine future legislation to regulate gambling.

I had the privilege of interviewing some of the face-finding legislators. Former Congressman Sam Steiger, a rancher from Prescott, AZ., summed it up well when he said, 'It isn't whether the United States is going to legalize gambling. That has already happened. The only question is how we will regulate it.'

Implied in that remark, of course, was how the feds would tax gambling as well. That issue is still being worked out and is reflected in how federal legislators are dragging their feet in the Internet gambling issue. Many people are hoping the feds will finally wake up and pass a gaming bill that will restore poker and other gambling to the Internet and lift the restrictions on financial institutions that regulate how citizens can use their credit cards to finance their wagering, whether it be on horse races, slot machines, poker or some other game.

When that finally happens, real freedom in America will take a giant step forward.

“took over the island for a measly $24 in trinkets”

Ive been to a few , one was really dirty and run down it looked shady the minute you walked in and of course in a state that had no casinos as all were banned except indian reservations . I will say that one was the exception to the rule . Ive been to a few in Oklahoma and you'd never know they were Indian reservation casinos. The casinos were clean , people nice , machines kept up well . The only thing I didn't like about the Indian reservation casinos is the ticket system . When you win it spits out a paper ticket....you can cash that out at the cages. I like the ol timey carry your bigg azz bucket of coins , idk maybe doing so I felt like Ive won something , not a piece of paper , and I missed the clanking of the coins in the bottom of the trays . Once you get used to and over the ticket thing its a good experience .

Whilst I understand the fact that America feels it owes something to the American Indians, I aren't convinced that its necessarily a fair deal for them, the american government, or the players, letting them run these casinos under completely different rules and regulations to any other person or business who might wish...

Whilst I understand the fact that America feels it owes something to the American Indians, I aren't convinced that its necessarily a fair deal for them, the american government, or the players, letting them run these casinos under completely different rules and regulations to any other person or business who might wish to run a gambling business. Perhaps I dont understand it well enough though.

The emancipation of the American Indian has taken a long time and the toll has been immense but the long ago, all Indians are alcoholics image has slowly faded to black. I still grimace when I read US history and the plight of the American Indian. IMO, the US will never be able to even its debt know matter how hard it tries....

The emancipation of the American Indian has taken a long time and the toll has been immense but the long ago, all Indians are alcoholics image has slowly faded to black. I still grimace when I read US history and the plight of the American Indian. IMO, the US will never be able to even its debt know matter how hard it tries. With that said, this article has been very enlightening for me in regards to the casinos run by Indian tribes. Never knew most of that. As far as online gambling goes. IMO, if the US wanted it to remain illegal for all times, the laws would encompass everyone involved, especially the player.