Some Casino Games Are Pure Luck, but Some Are Skill 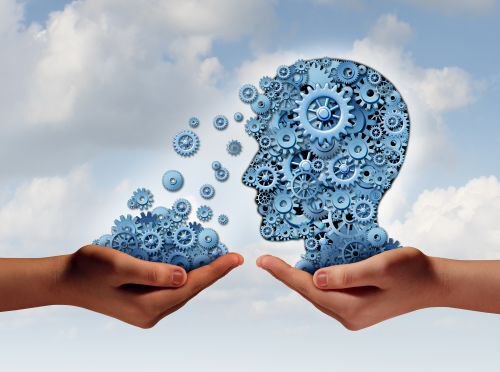 A couple who had been married for 20 years decided to celebrate their wedding anniversary by going to Atlantic City. The husband was a poker player who enjoyed Friday night outints at a fraternal club where the members imbibed their favorite alcoholic beverages while they played dealer's choice poker. His wife was a stay-at-home mom who had never been in a gambling casino in her life.

'Honey, I am having a wonderful time,' she said with a big smile. 'All the waitresses are very sweet to me. I'm playing the slot machines and I have never had so much fun in my life!'

'That's wonderful, Darling. I want you to have a good time.' He hesitated. 'You know, I gave you $300 to spend. How are you doing at the slots.'

She frowned. 'Well, I'm afraid not very well. I lost $200 of it on the quarter machines. How are you doing at poker?"

The husband shrugged. 'I've had a bit of bad luck,' he said. 'I'm down $600. But it's just because I ran into a string of bad card.s Don't worry. My luck's bound to change. I don't think you should waste any more of your money on the slots. They're programmed to make money for the house. Most people don't have much of a chance of winning.'

The husband gave her a surprised look. 'Dear, you're right. I have lost more than you -- but I know what I'm doing!'

Casino games, whether they are baccarat, dice, video poker, penny poker machines, horse racing or live poker, are governed by odds. Some games have odds that are very difficult to overcome like Keno. The cash prizes offered in Keno can be very high, as much as $50,000 for a bet of less than $2. It seems so simple. All you need to do is hit seven numbers out of the 20 that flash on the board and you can afford a new car or a trip to Paris or Rome. But the odds against you are so extreme that very few people ever see that kind of money.

Dice and baccarat are games of chance where the odds favor the House. These can be big money games. Celebrities like Frank Sinatra, Red Fox, and Milton Berle lost fortunes playing baccarat, dice and even Keno, a game that Fox was addicted to when he was a headliner in Las Vegas. Sinatra won hundreds of thousands of dollars at baccarat, but he lost even more. Once while drinking at a Strip casino he lost so much that the casino host refused to grant him any more credit. The singer became so outraged that he took a punch at somebody he should have left alone. A gun was pulled and Sinatra suddenly became a much more gentle soul, curbing his Italian temper. The dispute was settled but old Blue Eyes never performed at that casino again.

The two best skill games are blackjack or 21 and poker. While blackjack is a 'house' game, a player can lower his odds of losing by skillful play. As I have written in previous columns for this site, Edward O. Thorpe, a former math professor at the University of Southern California, came up with a system for winning at blackjack that worked incredibly well until the casino owners got together and changed the rules by increasing the number of decks in play from one to six or more and placed them in a shoe. This made it much more difficult for blackjack players to count cards. It also helped the casino's chances when a player followed Thorpe's basic strategy in doubling down, splitting pairs or increasing their bets. Thorpe developed an advanced strategy that gave players a fighting chance and there are still blackjack players who win their share of gambling sessions despite the changed rules. 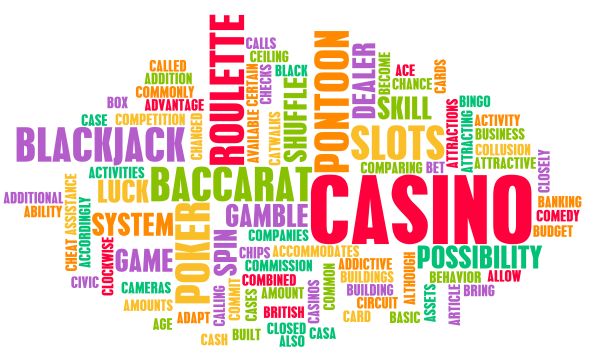 Dice is a combination of luck and skill. I have seen players like my publisher friend John Carroll, who owned Weekday, a weekly newspaper in Lake Park, FL., win thousands of dollars shooting craps. John used a controlled roll to lessen his chances of throwing a seven when trying to make a point. Sometimes it worked, sometimes it didn't. Horse racing is known as the 'Sport of Kings' because in the old days kings were the only people who were thought to be wealthy enough to sustain long losing sessions at the race track. Carroll was rich enough that big losses at the dice table never caused him to lose his appetite or zest for life.

Then there is poker.

Poker is the only game of real skill to be recognized not only by casino management but also by the Internal Revenue Service. A major tournament poker player years ago tried to declare his hotel bills and traveling expenses when he filed his federal tax returns. The IRS denied his claims and tried to sock him with a big tax bill after he won several major poker tournaments and collected millions of dollars in winnings.

The poker player appealed the IRS ruling to the 9th Circuit Court in California. After a lengthy court battle, the 9th Circuit ruled in favor of the poker player and allowed his deductions to stand. The IRS ruling basically stated that poker was every bit as much a game of skill as golf or tennis where professionals can deduct their living and travel expenses against their winnings from their profession.

So the next time your wife or significant other gets into an argument with you and calls you a degenerate gambler, take heart and tell the other prson that you are simply a skillful player who, like Herman, knows what he is doing.

“I much prefer the skill games”

I have to admit there is a big difference between slots and poker . Nothing is controlled in slots . You can park a trained monkey to sit in your place for 20 minutes and the same thing would happen to you or the monkey . There is a bit more to poker that players can do and do differently hence giving the game a skill to...

I have to admit there is a big difference between slots and poker . Nothing is controlled in slots . You can park a trained monkey to sit in your place for 20 minutes and the same thing would happen to you or the monkey . There is a bit more to poker that players can do and do differently hence giving the game a skill to it . Every player plays different its not just the click of a button . Point made and totally agree with the story above . Good article btw

An interesting story, most of my girlfriends over the years have failed to understand my interest in gambling and when I took up poker a couple of years ago, most of the people who know me assumed this was just the latest part of my addiction to games of chance, despite my protests that this game was different. My current...

An interesting story, most of my girlfriends over the years have failed to understand my interest in gambling and when I took up poker a couple of years ago, most of the people who know me assumed this was just the latest part of my addiction to games of chance, despite my protests that this game was different. My current girlfriend still isn't convinced though, I think I might e-mail her this article ! :)