Forbidden Fruit - A Special Meaning for each Person 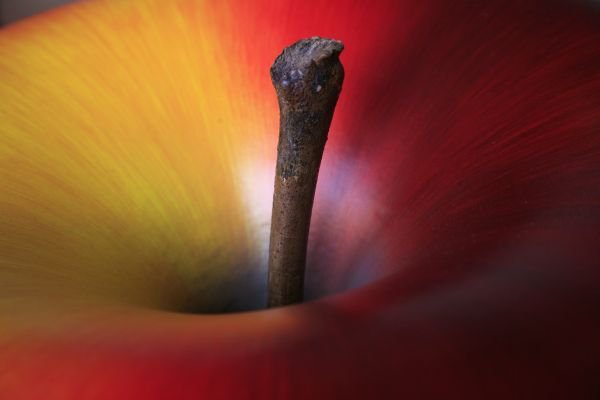 In the Old Testament Bible, an ancient scribe writes about a Garden he called Eden. The garden was a cornucopia of trees, fruits and vegetation that produced flowers and many plants that were beneficial to mankind.

However, there was one tree that was declared off-limits to people. Over the centuries it has been given many different definitions and names, one being the Tree of Knowledge. Whatever its true name or reason for existence, this particular tree has been used as material for pastors, philosophers, historians and writers to use as they chose in their efforts to explain the meaning of life.

I have my own personal definition of the forbidden fruit as I am sure is true of many subscribers to this site. I think this particular fruit has a different meaning for all of us, a meaning that is linked to our own particular weakness or character flaw, whatever it may be.

To an alcoholic, the forbidden fruit may be fermented grapes or any other fruit that is converted into alcohol. To a person addicted to drugs, it could be any plant that offers a mood-altering substance. And to an individual who is addicted to gambling, it could be any game or device where betting is involved.

One of the biggest losing gamblers of all time was Harry Kakavas, an Australian. Harry's game was real estate. A glib talker and fast-moving promoter, he earned a fortune selling custom homes and property on Australia's Gold Coast.

He made so much money so fast that his friends insisted on investing in his real estate ventures. Kakavas was only too happy to oblige them. Although his commissions totaled in the millions, Harry had a demon inside his skin that had to be satisfied.

In his case, the demon was baccarat. Harry would don his custom-made suits with a white tie and amble on over to the Crown Casino in Melbourne, which was only too happy to raise its limits to suit him.

Today Harry still owes many millions of dollars to his attorneys, banks and the investors who bankrolled him. He fought back in court, claiming casino managers knew about his addiction but still continued to give him credit and cash his checks. 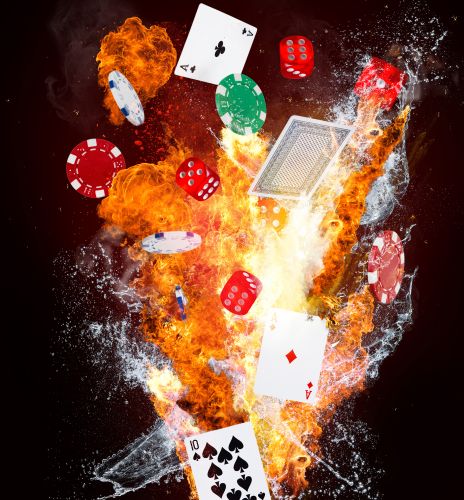 Australia's courts were no help to the hapless gambling addict. The judges basically supported the casino and ruled that Kakavas was responsible for his own addiction and that, theoretically, he could have won as much money as he lost.

Now I have a powerful belief in personal responsibility. Although there certainly have been times in my past when I wagered more than I could afford, I have pretty much learned my limits. I can honestly attest to the fact that I have won more money at poker and blackjack than I have lost. Unfortunately, I cannot say the same about my wagers on the horses and sports betting, which is another matter.

Just as there are some people who should never take a drink, smoke a cigarette or enjoy a hit of marijuana, there are some people who should not gamble. If you have a gambling addiction, please see somebody you trust and who is qualified to help you -- a minister, an employer, a family member or an organization like Gamblers Anonymous, which is available in your geographic area or on-line.

Many years ago when I was studying journalism and creative writing at Duquesne University, I read a book by William Hoffman called 'The Loser.' Hoffman was the son of a popular coach in Wisconsin who established a winning record at his school that has never been topped.

He tried to match his dad's achievements as a coach by creating a winning system of handicapping thoroughbred race horses at race tracks around the United States. There is no question that Hoffman knew what he was doing. He could not only pick out the winning horse in a race -- he could tell you by how many lengths it would win!

Yet despite all his knowledge, Hoffman, who worked for a public relations agency, was a loser. He could not manage his money, and he wasn't content to just pick winners. He would parlay his bets in order to win even more than the his handicapping system could bear.

Result: He not only became a loser, he lost his wife and family, and he broke the law by writing checks on bank accounts that were non-existent or that were depleted.

Fortunately, Hoffman redeemed himself. He joined GA, eventually made the worthless checks good, paid off all his debts and became a respected author and member of society. My hope and prayer is that any member of this website who has a similar addiction will do the same. Good luck, good gambling and stay away from the forbidden fruit.

“bet an estimated $1.5 billion on baccarat”

Gambling can easily and quickly become that forbidden fruit . The adrenalin and thirst to win and win big . Its sad it happens to people and really sad that it happened to him , he had money he had it all to see it wasted away on addiction is sad . That would make as much sense as someone winning a long awaited lottery...

Gambling can easily and quickly become that forbidden fruit . The adrenalin and thirst to win and win big . Its sad it happens to people and really sad that it happened to him , he had money he had it all to see it wasted away on addiction is sad . That would make as much sense as someone winning a long awaited lottery and taking the winning ticket, cashing in and run off to vegas and blow it all . Its a scary thing and very real , Ive pulled some dumb gambling stunts and kept playing when I shouldn't have . I am lucky enough to stop before it gets hairy , I hear these stories and would never want to end up addicted . Im glad he turned it around at least this story ended on a positive note .

Harry Kakavasone may as well have been one of the biggest losing gamblers of all time, But I never heard of him. That happened back in 2005, well I guess that's why I don't recall him. Shoot, I can hardly remember what I ate yesterday. We all have our demons that we have to live. When they begin to effect others or other...

Harry Kakavasone may as well have been one of the biggest losing gamblers of all time, But I never heard of him. That happened back in 2005, well I guess that's why I don't recall him. Shoot, I can hardly remember what I ate yesterday. We all have our demons that we have to live. When they begin to effect others or other things that have nothing to do with it, then its time to examine, diagnose and treat that problem, just like any other. All these things, like gambling our for our entertainment, so we can have some fun. You will know it is addiction when there is no more fun.