Las Vegas Casinos Should Loosen Up Their Slot Machines 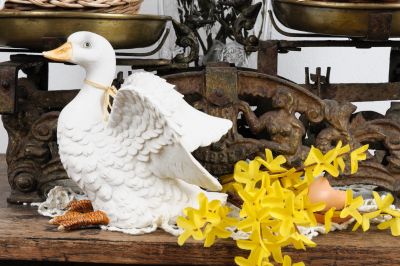 I would like to preface the following column by stating as firmly as I can: these opinions are my own. They are based on my interviews with hundreds of casino goers around the United States and do not necessarily reflect the views of the owners of LATESTCASINOBONUSES.COM and LATESTPOKERBONUSES.COM.

A while back when I lived in Springfield, MO, I was seated on a charter bus with 50 people returning from Downstream Casino in Quapaw, OK. Most were over retirement age who lived on Social Security and modest retirement checks.

They were social creatures who enjoy being in a casino atmosphere.

They appreciated casino management's generosity in giving them free buffets, cash back in the form of deposits on their Players' cards, and even cash perks when it came to Bingo. That was all well and good.

This same group had traveled with me to Indigo Sky, a beautiful Indian casino on the Shawnee Reservation near Seneca, OK. And they used the same charter bus line to spend their time and money at Cherokee Casino and Harrah's in Kansas City.

One of the passengers got on the subject of video poker and royal flushes. Video poker, of course, is a form of slot machine gambling, but with a skill touch. He asked, 'Has anybody here ever hit a royal flush on one of those machines?'

I raised my hand.

'How long ago did that happen?,' he continued

None of the other people had ever hit a royal flush. The other passengers got involved in the conversation. The question was asked to the group, 'Do you feel casinos are getting more or less generous in the frequency that jackpots are won on slot machines?'

Nearly all hands went up that slot machines in casinos pay off less frequently today than they did 15 or 20 years ago.

As a gadabout journalist and freelance magazine writer, I travel a lot. I have asked these same questions of casino goers in Arizona, New Mexico, Pennsylvania, Florida and even Nevada. And I get the same response: slots in today's casinos pay off much less generously today than they did in the past. 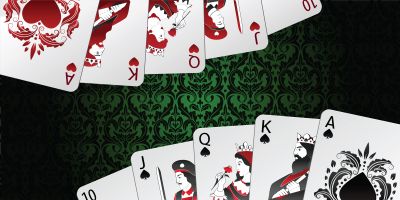 I have two questions to this. The first is, why do frequent casino goers have this perception of the people who give them those free buffets, free cash and other perks? My second question is more serious: are their observations true?

Some of my fellow passengers had their own thoughts about why slot machines seem to yield fewer big winners today than in the past. They believe it's because of the computer chips, those intricately designed chips that basically control the cash-flow in slot machines.

When I told them my $1,000 win on a royal flush at Sam's Town in Las Vegas was made on a video poker machine that operated by random selection rather than on a computer chip, a hospital employee from Springfield said, 'I would much rather play on machines that worked by random chance.'

'That sounds a lot more exciting. I would at least feel like I had a chance of winning the jackpot.'

As casinos get more sophisticated in the way they market gambling and their percentage of win, you have to think about the Grimm's Fairy Tale about the goose that laid the golden egg.

Benny Binion, who built Binion's Horseshoe into one of the world's most popular resorts, always splashed his casino with high-yield slot machines. I remember the night when my date, Jill, hit the same dollar machine for $1,600 twice within the space of an hour. When Jill ran to me, ecstatic over her win, Benny followed her and shouted to a passing cocktail waitress, 'Get this young lady a bottle of champagne and put it on my tab!'

Not only was Binion's gesture kind of wonderful, it was smart marketing. He knew all the people within earshot of his voice would carry that story home with them and tell their relatives and neighbors about what had happened. And he knew that would bring them to his casino, if not this year, then net year.

If I owned a casino, I would follow Benny's example. Put some slot machines in the building that poured out the money. Give some of those profits back to the public in a spectacular way. You'll lose a few dollars to your customers, but you'll gain so much more, the losses will be negligible. It worked for Benny Binion, and it will work for you because the general public won't settle for bronze forever - they want to see gold.

There are a lot of points I agree with in the article, mainly no matter how you slice it , it seems winning is not as easy as in the past . There are many ways it could be better unfortunately owners aren't like those of old or what we would prefer and intend them to be.

Publicity pays. But after reading the long article I am not sure what the author's point is? Yes I get the point at the end about marketing and customer/public relations, but I feel unclear about his point of view on whether or not casino slots pay less and I am unclear why he focused on this....how is the buildup in the...

Publicity pays. But after reading the long article I am not sure what the author's point is? Yes I get the point at the end about marketing and customer/public relations, but I feel unclear about his point of view on whether or not casino slots pay less and I am unclear why he focused on this....how is the buildup in the article and the questions about slots that related to the end of his article. It seemed long in relation to the point made at the end and not quite totally connected.

At one time or another every TV station, news program, commercial, etc., make the, lets call it an opinion disclaimer in lieu of a better term, at the beginning of their article, story, sales pitch, etc... We all understand it, but I have rarely seen a writer do it. I thought that it goes without saying, this is your opinion...

At one time or another every TV station, news program, commercial, etc., make the, lets call it an opinion disclaimer in lieu of a better term, at the beginning of their article, story, sales pitch, etc... We all understand it, but I have rarely seen a writer do it. I thought that it goes without saying, this is your opinion and yours alone, after all it is your story and your name is the only one on it. For some reason, you felt the need to state this, in your words "as firmly as I can." I thought it was more interesting than the story that followed, only because you have previously written about the computer chip vs. random selection. I wondered, did I say something wrong when commenting on one of your stories, only because at times, I am the only one leaving a comment. So now, I'm going back and reading my comments to check for that, but in the meantime, let me apologize, I would never want to be the cause of a problem for you, so maybe I should just shut up.