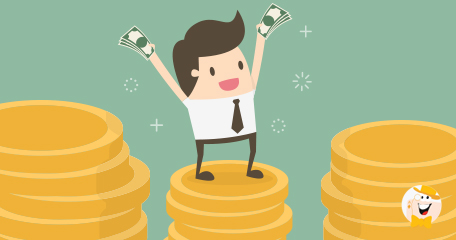 Gerald Staines reminded me of someone who had stepped out of an Ian Fleming novel. He was a James Bond type of person with a crisp British accent born on the streets of London where he had spent his childhood.

He dressed impeccably, had an upright bearing despite being more than 80 years old, and was rich. When I met Gerald on the island of St. Maarten where he and his wife lived, he was worth an estimated $30 million.

His wife Noreen Phillips was a dress designer who owned a clothing boutique on the island. She also had a dress shop in Antigua and her dresses sold for up to $2,000 each.

I met the two of them as a reporter for Today, a daily newspaper on the island. Noreen was hosting a fashion show complete with champagne and caviar. Music was provided by a French ensemble and everyone was having a good time.

Noreen was a native of Jamaica and Gerald was splendidly clad in a blue suit and tie. He was standing aside from the others listening to the music and I walked over to join him. 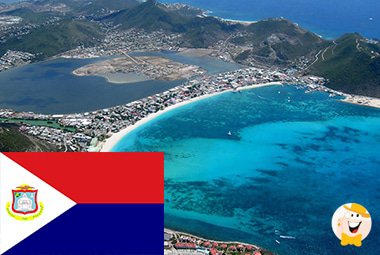 'You're a newspaper reporter,' he said thoughtfully. 'Do you write books?'

I told him as a matter of fact I did. I also play poker, I said, and asked him if he was a gambler.

'Almost all Britishers are gamblers,' he said. 'For years I gambled in one of the world's biggest casinos -- I traded in currency. I made my money by investing in currencies around the world.'

Further questioning revealed he managed a $2 billion global investment fund. His two percent commission on the investments had netted him his fortune. He even owned a house on Nevis called Caribbean Glory.

'I designed and built it myself,' he said modestly. 'It's being offered for sale. The asking price is $5 million.'

He paused. 'If you write books, I might have a job for you,' he said. 'I want to write a book about currency, gold and global economics. I think one is needed in these precarious economic times.'

The project sounded intriguing to me. I felt an instant liking for Gerald and we agreed to meet the following day at a nearby restaurant for lunch.

Over the next couple of weeks, Gerald told me his story. I took copious notes, asked questions, and did my limited best to understand what he was talking about.

He talked about economics, China, Russia, Great Britain and the U.S. dollar. Jokingly I asked him what he would recommend that I invest in if I wanted to get rich.

He said thoughtfully, 'Well, you'll probably want to make your money playing poker, but I would recommend gold. It is quite capable of rising to $25,000 an ounce.'

Gerald shrugged. 'The worth of a currency is based on demographics,' he said. 'How many people in a country are working, how many are on the dole, that sort of thing. If you only have three people out of five working, that tends to put a damper on how much that country's currency is worth.' 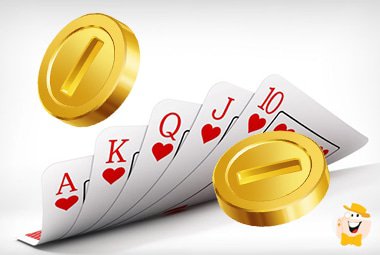 Slowly but surely, Gerald turned me into an expert on the economy. He and Noreen were having difficulties with their marriage and there was talk of her leaving him. Gerald loved her but there was a 30-year difference in their ages and it was clear that Noreen Phillips was far more ambitious with her dress designs than Gerald was. He eventually would invest $12 million in her business ventures before it went down the tubes.

My government-issued work permit was near expiration. Gerald and I agreed to meet at Caribbean Glory on Nevis to work on the book. He even hired my daughter at $500 a week to come to Nevis and be our secretary. He paid for the round-trip ticket.

For two weeks my daughter Rossana and I each had our own cottage on the splendid estate. We would meet with Gerald each morning for breakfast and spent the day working on the book. Each evening he would treat us to dinner at one of the island's top restaurants.

Rossana practically fell in love with him. He was kind, tolerant, generous and brilliant. He, in turn, treated her like she was his grand-daughter.

At the end of two weeks, a storm began building up west of Nevis. Rossana had booked a flight back to the United States and I made reservations to fly to Miami.

From the patio next to the swimming pool next to my cottage, I could watch the storm building to near hurricane force in the ocean six miles away. The skies were dark, threatening and ugly. I was excited but not frightened by the coming storm.

The night before I left -- Rossana had already departed from the airport in St. Kitts -- Gerald and I stood next to the swimming pool and watched lightning bolts streak through the dark sky.

'We may never get the book published, but it's been fun working with you,' he said thoughtfully. 'Life is a bit of fun, isn't it?'

When you have a friend like Gerald Staines, it surely is.

“His two percent commission on the investments had netted him his fortune.”

This story is interesting. Gold price was around $500 in the middle 2000s, until before the 2008 financial crash as I remember. Is this story around that time? And yeah, the CDO super hurricane hit hard in 2008 :) I hope that I could be a successful like Gerald Staines, ahaha :)

You're welcome. Gerald Staines would have inspired anybody who met him.

Geno, thank you for this inspiring story!