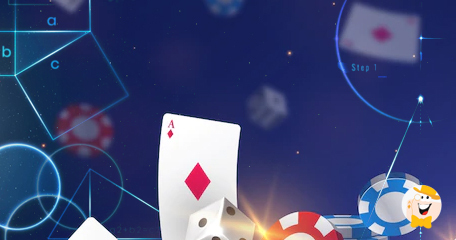 Paying Homage to Numbers and Calculations

Each year on March 14, countries worldwide celebrate The International Day of Mathematics (IDM), paying tribute to one of the most amazing branches of science. Dealing with the logic of shape, arrangement, and quantity, mathematics is everywhere around us- including online casinos.

What are the connections between online gambling and mathematics?

When talking about the important uses of numbers for online gambling, we should mention RTP, wagering requirements, game contribution percentage, cashback percentage, sports betting odds, RNG, and Roulette strategies as the most significant ones. Although there are many more fields, these are the ones where the importance of calculations is the most prominent.

Before we tell you more about the application of mathematics in each of these sectors, we should also note that the IDM is also referred to as the Pi Day and celebrated on this very day, March 14, because the mathematical constant π (pi) can be rounded down to 3.14.

Most commonly used when we talk about online slot games, return to player percentage (or RTP for short) represents how much of a player’s bet is returned on average. So, the payout to players is calculated over its lifetime, not based on individual bets.

In the majority of situations, RTP can be measured precisely in percentages. Of course, in some releases, the % varies based on some in-game features, but even in that case, it is predetermined. The average RTP ranges between 92% to 98%, while games whose payout is higher than 98% are classified as high RTP slots.

On the other hand, house edge represents how much a house loses on average bets placed by players. This term refers to Blackjack, Roulette, Baccarat, and other table games.

To conclude, these two elements have the same concept but are calculated from different points of view. The easiest way to understand these two aspects is to think of them as two sides of the same coin. 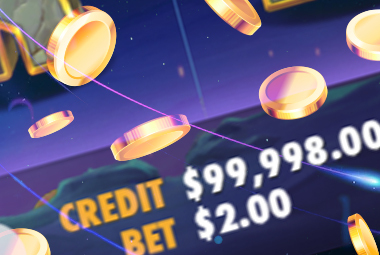 We may like them, we may hate them- but we cannot deny that they exist. The rollover requirement represents how much a player needs to bet to be able to withdraw all the money from the account. Wagering is imposed on either bonus amount, or bonus + deposit, but some casinos attach it on straight deposits as well.

Luckily, you don’t have to do manual calculations, as we came up with a convenient wagering requirements calculator. All there’s to do is enter a couple of parameters such as deposit amount, bonus amount, wagering, contribution, and press “calculate”.

Often mentioned alongside wagering requirements, game contribution percentage is also an important detail when discussing bonuses. Expressed in percentages, this number reveals how much a game contributes to playthrough requirements. The list is usually featured in Terms and Conditions.

Most commonly, slot games contribute 100%, except for games with a higher payout percentage and progressive Jackpots. Other games, such as table games (Roulette, Blackjack, Baccarat…) and video poker contribute anywhere between 0% and 50%. 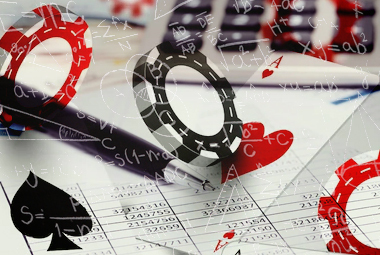 Cashback bonuses, as their self-explanatory name says, give players their cash back. The percentage is calculated on a daily, weekly, or monthly basis, and usually varies between 5% and 20%. In some cases, the amount of cashback may be capped, but there are cashback bonuses with no cashout limits as well. The same goes for WRs- sometimes they aren’t imposed at all, sometimes they are small.

Most casinos will offer this type of bonus to any punter who has registered an account and made a deposit. Sometimes, regular punters who deposit frequently or replenish the account with larger amounts of money can become eligible for a bigger cashback percentage.

There are two types of cashback bonuses based on what’s taken into account to calculate it. In the vast majority of situations, it’s only the amount of losses, but some online casinos offer rake cashback, where players can recover not only their losses but all wagers and deposits regardless of the outcome.

In our handy video on “10 Secrets Online Casinos Don't Want You to Know”, you can find out more about cashback bonuses offered in Loyalty programs. 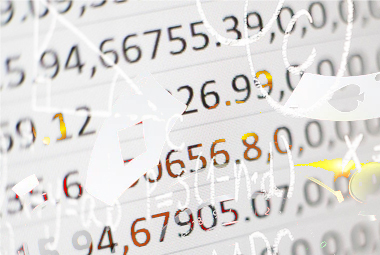 Random number generator, or RNG for short, represents a type of computer program that randomly generates numbers. Every second, RNGs produce vast sequences of numbers without following any pattern and consequently ensure that the symbols which appear on the reels do so randomly.

Let’s take a 3-reel slot with 10 symbols per reel to explain it a bit closer. Each symbol is assigned a specific value from one to 10. The symbols then land on the reels, bearing a numerical value that is independent of one another. As an outcome, there will be either a winning or a non-winning combination.

Though players may suspect that these programs are being tampered with, it’s more of a rare exception than a rule. Legal and trustworthy online casinos use RNG software that is regularly audited and certified by independent test labs.

Players are often discouraged from implementing any betting strategies and patterns as it could result in confiscated winnings. Such formulations are often written in Terms and Conditions, as online casinos want to ensure potential abuses are eliminated.

Yet, we cannot deny that they exist, can we? Most often, they are mentioned when talking about Roulette - Martingale system, D’Alembert system, and Fibonacci system.

When implementing the Martingale system, a punter increases bets after every loss, so when he/she eventually wins, all the lost money is back. Also, a player should only bet on even-money outside bets – 1-18, 19-36, Red, Black, Even, and Odd.

D’Alembert system is based on bets placed on even-money areas of the table, which is similar to the system Martingale relies upon. However, instead of doubling the stake after a losing bet, one unit is added to the player’s stake. After a win, the stake decreases by one unit.

For more details on this particular system, check out a neat explanation by our very own math whiz Michael Shackleford.

Other than these 3, there are also Paroli, Parlay, and Labouchere. When opting for Paroli, players place flat bets until a winning streak comes, and double the size of wagers after each consecutive win. In Parlay, bets are doubled after every win and reduced to their initial value after losses.

A bit more complex, Labouchere begins with an arbitrary line, where the combined amount of the first and last number determines the bet size. In the reverse variant of this system, a number is added to the line when a player wins while the first and last ones are removed when one loses. 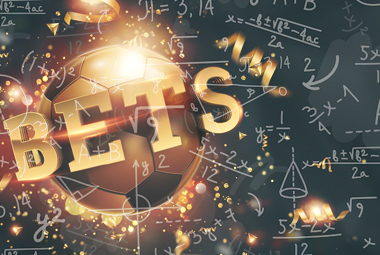 To those who are into this type of gambling, understanding how odds work and how they are calculated is quite simple. But for those who are just getting started with sports betting, it can be slightly tricky to decode them at the first sight.

Odds are displayed in three different formats- American, Decimal (European), or Fractional (British), but they deliver the same payout. Their purposes are to signal the implied probability of the outcome they are attached to and indicate how much money a punter could win betting on that outcome.

Fractional odds are the ratio of the amount (profit) won to the stake, while decimal odds represent the amount one wins for every $1 wagered.

While calculating the odds can give you a rough picture of what to expect in terms of outcome, it is important to know that they can be influenced by a couple of other factors as well.

A Couple of Amazing Facts on Mathematics

While in school, we mostly think of math as boring, irritating, or too difficult, as we talk about it in terms of tasks, tests, and homework. Once we grow up, we observe it from a completely different perspective as we realize that it’s much more than just a bunch of perplexing assignments. It’s something that surrounds us.

Did you know that…

…40 is the only number whose spelling “Forty” is in alphabetical order?

…one thousand is the only number containing the letter ‘a’ in between 0 to 1000?

…when two even numbers are added, the result obtained is always an even number?

…you can cut a cake into 8 equal pieces by using only 3 cuts?

…in a crowded room, there is a 50% chance of two people sharing the same birth date?

…multiplying ones will always give you palindromic numbers?

…every odd number, when written in English, contains an “e”?

Can you share a couple of more intriguing facts and trivia on mathematics with us? Hit the comments section below, we can’t wait to hear from you. Gamble responsibly!

“much more than just a bunch of perplexing assignments”

This is super informative! I remember when I first started out, I had no clue about rtp scores. This is was a huge surprise to me, and I definitely double check games that I find myself investing in. Great info here. Wish all new players could receive a copy.

Great tips on playing Roulette, never considered betting on numbers until now. I will also be more mindful of wagering requirements on bonuses.

I've never been good at math unfortunately, but it always amazed me how you can use it on everyday situations, even predict things. Great article!

Great tips and lots of useful information for those who may have just stepped into this world. Thanks for the article!

I enjoyed reading this text, it contains a lot of useful information and I liked the interesting things in the end, I didn't know this about the letter a.

This is a very helpful article. All you need about odds and percentages in gambling in one place!