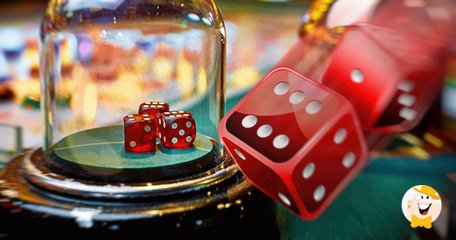 The game of Sic Bo meaning, ‘Dice Pair,’ and occasionally alternatively known as Tai Sai or Dai Siu is an ancient Chinese dice game enjoying tremendous popularity in casinos in Macau and can also occasionally be found at casinos elsewhere in the world sizeable enough to have an Asian gaming room. The majority of such casinos (outside of Asian countries) would be located in either Las Vegas or Atlantic City.

The best of the best, our own Wizard of Odds has already spoken about Sic Bo on this site.

The game of Sic Bo is largely so popular owing to how simple it is to play, the player need only make a bet on a particular result, or on different results, given a roll of three dice, and the player will either win or lose according to whether or not the desired result comes to fruition. The game is, ‘Easier,’ than Craps to understand in the sense that there are no multi-roll bets or side bets with which to concern oneself, every single bet is decided by one roll of the three dice. 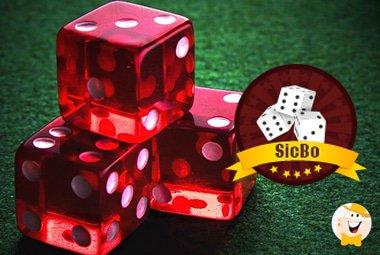 A much longer shot bet, such as the Triple bet, often pays as high as 180-to-1 in your average casino in either Australia or the United States (Macau is often 150-to-1), but the probability of winning is only 0.0462963% when choosing a specific triple, resulting in a House Edge of 16.2037% even under the more liberal 180-to-1 payout.

For anyone who thinks Sic Bo is a potentially interesting game that can be enjoyed, or who finds all of the possible combinations of bets that can be made on the Sic Bo layout intriguing, then that might be the game for you. My advice to those looking to expose their money to a dice game with a much lower house edge (especially when considering the Odds bet on the Pass Line or Don’t Pass) my advice is to stick to Craps. Craps, actually, has quite a few bets on the table with a lower house edge (depending on the conditions for a few bets, such as the Field Bet) than any bet that can be found on the Sic Bo layout. The Pass, Don’t Pass, Place Six, Place Eight and Odds bets, for example, are bets that will always have a lower house edge than that which can be found with Sic Bo.

When it comes to exploiting online casino promotions, however, the variance of certain bets combined with bonuses and a lowish House Edge (such as the Domino Bet, in which the player chooses two unique numbers and at least one number of each the player chooses shows) might provide a combination of a low enough house edge (Australian Rules pay 6-to-1 for a House Edge of 2.78%) and high enough variance that a bonus might be exploited by a player betting a substantial enough percentage of his or her bankroll per attempt. However, Sic Bo is also often one of the first games to be excluded by an online casino for bonus play, even if the casino might allow other table games. Interestingly enough, the online casinos are more concerned with opposite betting (high/low, even/odd) than with the prospect of a player using Sic Bo to find a mathematical edge over a promotion.

The table above is borrowed from Wizard of Odds and shows the House Edge for a given bet in the game based upon the Wizard’s findings. The Even/Odd bet is a bet that is generally only available in Macau, but it is essentially the same thing as the Small/Big bet in that it only loses against triples of one number (other than its opposite, of course) and, therefore, has the same House Edge as the Even/Odd bet.

Generally speaking, Australia, by far, has the most liberal rules for the dice game with casinos in other countries, at best, matching their payouts on a given bet. 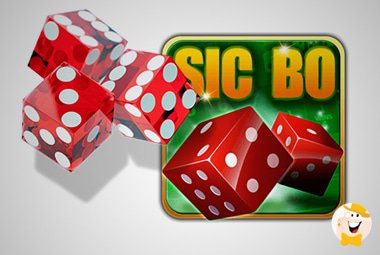 We have already discussed some of the bets, but of the ones we have not discussed, any of the bets with two numbers involved is simply a bet on one or the other of those given totals and pays if that result comes through. The, “Any Triple,” bet is just a bet on Any Triple and may well be the one the online casinos could be afraid of because a player with a high enough balance could achieve a profit and then grind out the playthrough offsetting a bet such as the High/Low with a hedge on, “Any Triple,” to, ‘Lock in,’ a profit. In terms of expectation, of course, that is a terrible strategy and the player would do much better just to reduce variance by making both the High/Low bets and eating his/her losses when a triple comes up.

The double bet is a simple one that wins if any two of the player’s selected number appears.

Finally, the, ‘Any one number,’ bet pays if a number selected by the player appears one or more times with increasing pays based upon how many times it appears.

In order to evaluate the Sic Bo game from one software provider to another, the first thing that I did was to go through all of the WizardofOdds.com casino software reviews, with exception to software types in which only five or fewer games were reviewed, and I have determined the House Edge for Sic Bo based on those reviews. We will evaluate the Sic Bo game, if offered, for all online casinos that meet the criteria. Additionally, I will put any bets with a house edge as low or lower than the Australian version of the game in bold and will underline any games with a house edge greater than both the American and Macau versions, if applicable.

The pays and corresponding house edge for casinos operating on PlayTech Software are identical to the Atlantic City paytable shown above.

Casinos powered by MicroGaming follow the Australian Sic Bo Rules and, therefore, have a house edge either as good or better than every other online casino software provider out there for every single bet on the layout. The only exceptions to this are Gamesys Casino and Novomatic Casinos, but there are only a few powered by Gamesys software and (since those casinos may be powered by other software as Gamesys does not demand exclusivity) those casinos may not even have Sic Bo. However, the full table for Gamesys Software casino is shown below:

Novomatic powered casinos also use a table similar to the Gamesys one above, but not quite as good on every single bet. Similarly, Novomatic is not as major a software provider as MicroGaming, or other similar providers:

The only real difference between the Novomatic and the Gamesys paytables are the, ‘Specific Triple,’ bet is a little more favorable at Gamesys.

Much like Playtech, casinos supported by Boss Media follow the U.S. paytables for every single bet available on the game with one notable exception, Boss Media casinos use Australian Rules for the, “Domino,” bet. The pay, as mentioned, would therefore be 6-to-1 with a House Edge of 2.78%, same as either of the even money bets available. The same can be said for Realtime Gaming who also uses Atlantic City rules for everything with exception to Australian Rules on the Domino bet. 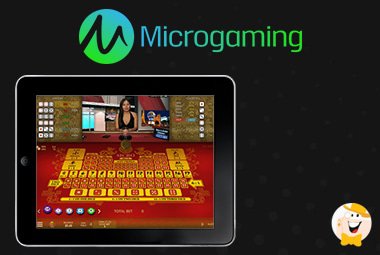 AmigoTechs, on the other hand, uses Atlantic City rules for everything with exception to the Australian Rules, ‘Single Number,’ bet.

Cryptologic is interesting in that it offers two types of Sic Bo, the main game is Atlantic City rules and a special, ‘VIP Sic Bo,’ has the Australian Rules.

Other than the fact that Aqua Online powered casinos offer the Macau house edge of 11.11% on the double, the odds are otherwise terrible with every single bet being as bad (and mostly worse) than at any physical casino anywhere.

In conclusion, let’s look at the Pros and Cons of online Sic Bo: 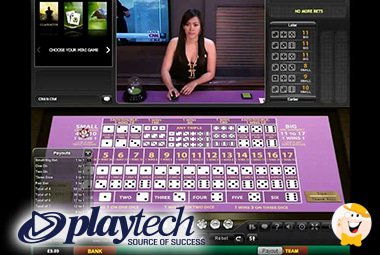 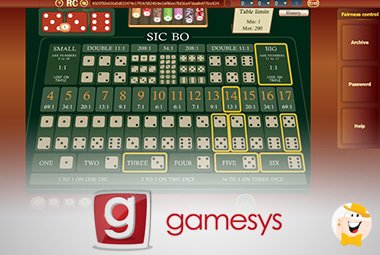 Ultimately, while Sic Bo is certainly not the worst game in an Internet or Brick-and-Mortar casino, it is also not the best, and I would stay away from it unless you already really like it or are intrigued by the different combinations of bets you can make. Other than perhaps exploiting a bonus, this is one that you can play for fun, but don’t expect for a second to come out ahead in the long run.

Swipe left or right to see more
You have subscribed to Sic ‘Em!
You have unsubscribed from Sic ‘Em!