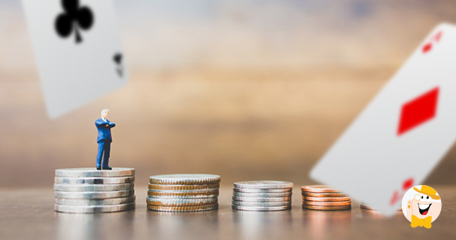 The global online gambling and betting market is a highly competitive place. There are countless opportunities for growth in terms of value and volume, and we’re constantly witnessing different types of partnerships being made on an international level. Sometimes, it’s a takeover bid, others a combination of two or more businesses – the outcome is always the same, emerging competitors and dominant industry players fight over greater market share.

Still, due to strict policies regarding online betting in regulated jurisdictions, the operations of big shots of the online gambling industry are strictly monitored and supervised by Gambling Commissions and the government to avoid monopoly or… are they really?

In this heuristic editorial, we reveal some relevant details on revenue generation, penalties, technological inventions and investments concerning the top ten biggest online gambling companies in the world. Buckle up and get ready for another quick draw countdown!

You’ve probably heard for 888, one of the world’s most popular online gaming entertainment and solutions providers. It is a public limited company with headquarters in Gibraltar, standing firmly at the forefront of the web-based industry since its foundation in 1997. The corporation is active in the B2C sector with a host of similar-looking 888 brands and B2B through Dragonfish.

Thanks to its global approach, the London-listed betting enterprise is in a position to stay ahead of its competition and establish a firm reputation in the future. The brand has multiple licenses too, including a permit from Malta obtained in April 2018, UKGC and Gibraltar, the three most relevant jurisdictions in the world.

According to the financial statistics for the first half of 2020, the total revenue at this company was USD 379.1 million, with 361.3 million from the B2C sector and 17.8 million from B2B. Adjusted EBITDA was USD 70.1 million, while adjusted profit before tax was USD 50.4 million. It is also worth stressing out that on 22 June 2020, the company sold its investment in associate venture Come2Play Ltd. As a result, the corporation recorded a capital gain of USD 1.7 million. The company’s total revenue was 560.3 million USD in 2019. 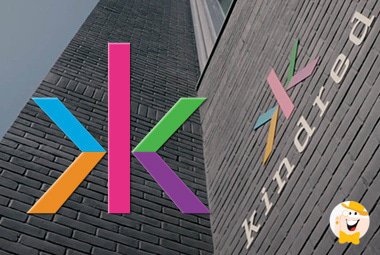 Listed on Nasdaq Stockholm since 2004, the controversial Kindred Group (all associated casinos on LCB are placed on the warning list for unethical business practice) is a multi-national corporation with offices in 12 locations across Europe, Australia and the USA. The company’s network lists some of the most recognizable brands online such as 32Red, Kolikkopelit, Maria Casino, Unibet, Vlad Cazino, Otto Cazino, and more.

Initially running under the Unibet label, the company officially started operating in 1997. After only one year, the group acquired its first license in the UK and went digital in 1999. Fifteen years later in 2014, Kindred’s shareholders approved a proposed spin-off of its B2B subsidiary Kambi Group Plc and in 2016 it finally became known as the Kindred Group, catering to 1 million active consumers.

As reported, Q4 2020 was without any doubt the strongest quarter of the year for the company. Its gross winnings revenue hit an all-time high of approximately GBP 365 million in this period. As a small reminder, the amount was much smaller in Q4 2019, reaching only GBP 236.2 million. The company’s value in January 2021 is estimated at 22.595 billion USD.

One of the most recognizable brands in the industry is certainly The Stars Group. It was founded in 2001 as Amaya Inc., Amaya Gaming Group Inc., and Rational Group. The operator’s primary focus was the distribution of poker, casino and sports betting products under a handful of mega-popular sub-brands: PokerStars, Full Tilt Poker, BetStars and Fox Bet.

On October 2, 2019, a bookmaking holding company, Flutter Entertainment, announced a merger agreement to acquire The Stars Group for $6 billion. The sale was completed on May 5, 2020.

As far as the stats reveal, gross profit while part of the combination (excluding depreciation and amortization) was $1,835,386, which represents significant growth in comparison to 2018, when the amount was mere $1,570,074. The group’s market value has reached 7.635 billion USD on Jan 1st, 2020. 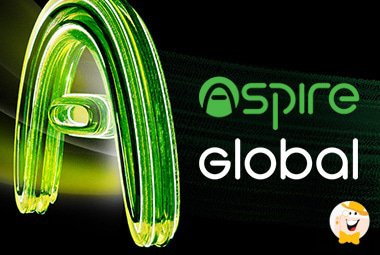 Officially joined in 2005, Aspire Global is now famous for bringing comprehensive and robust iGaming solutions to operators all over the globe. By focusing on superior technology and quality team members, the group “polished” its products and services to perfection, optimizing them to fit the needs of the most demanding clients. Its wealthy assortment of services includes:

This company is also a proud owner of AspireCore, a high-end platform that allows access to top-rated suppliers through Pariplay aggregation platform. Moreover, the corporation is fully approved in more than 14 different markets including the US and most of Europe. Its market value has reached 0.224 billion USD in 2021.

The highly-experienced team behind GAN has been part of the entertainment area for almost two decades. Initially known as Game Account Network, the group now represents one of the most prominent operators in the entire industry. Its first B2B arrangement was inked in 2003 when UK Betting plc (now SkyBet) accepted their generous offer. Only a year later, the enterprise entered a successful B2B partnership with Paddy Power and Sportingbet. To date, the corporation acquired multiple accolades such as:

If you need a short break, here's some miscellaneous Vegas advice for you...but don't forget to see the top 5 big shots of online gambling when done watching!

Established in 1910, Melco International is a company with a rich and lengthy history. In 2017, the enterprise became the sole majority shareholder of its subsidiary Melco Resorts & Entertainment Limited. So far, the corporation has received numerous accolades, among which:

On top of that, the shady group chairman and CEO Mr. Lawrence Ho was acknowledged with multiple awards, such as:

Being a global corporation with premier brands, it spans across Singapore, Indonesia, India, China, the United States of America, Bahamas, the United Kingdom (46 facilities), and Egypt, with plans to open a resort in Macau as well. On top of that, the company closely cooperates with Universal Studios, Premium Outlets, Zouk, Hard Rock Hotel, Hilton, and other renowned international brand partners.

According to the stats which encompass the first nine months of 2020, the revenue was RM3,298.8 million in Q3 2020. This represents a significant improvement in comparison with the revenue from Q2 2020, which was RM1,108.0 million. Consequently, an adjusted EBITDA was RM1,095.3 million. 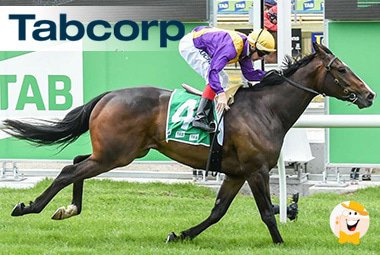 This mammoth corporation was born in 1961, when Victorian TAB (Totalisator Agency Board) which legalized off-course betting was established. Thirty-three years later, in 1994, Tabcorp lists on the Australian Securities Exchange (ASX). In 2017 Tatts Group combined with Tabcorp Holdings Limited to create a diversified entertainment group under the Tabcorp brand. Employing more than 5,000 people, this enterprise operates three market-leading businesses:

Holding the reputation of one of the leading sports betting and gaming groups operating in the online and retail sector, Entain is approved to offer services in more than 20 territories across five continents. Equipped with a unique proprietary platform, the corporation offers a diversity of products- sports betting, casino, poker, and bingo online. Furthermore, it operates some of the industry’s most acclaimed brands including Ladbrokes, Coral, BetMGM, bwin, Sportingbet, Eurobet, Gala, Foxy Bingo, and a couple of more.

This group was formerly known as GVC Holdings, and in December 2020 it rebranded as Entain. As the management believes, the new name reflects their ambition to be recognized as the global leader in sports betting and gaming entertainment sector.

As far as the Q3 report for 2020 indicates, the total online net gaming revenue (NGR) for the said period went up 26%, which represents a nineteenth consecutive quarter of double-digit increase. A particularly strong performance was noticed in Australia with an NGR boost of 64%. According to the Interim report that encompasses the first six months of the year behind us, online NGR grew 19%, while online EBITDA inclined notably +53% totaling at £368.6m. 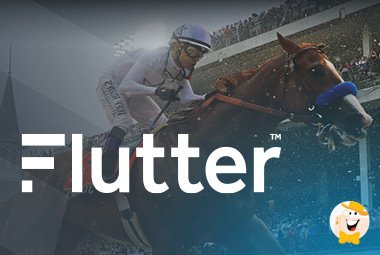 This international iGaming giant, listed on London Stock Exchange (LSE) gathers five divisions, all of which are widely known as providers of best-in-class products and services. Those are:

Its lengthy history dates back to 1948, when Timeform, a sports data and content provider launched in the UK. Forty years later, in 1988 Paddy Power opened its premiering 42 betting shops across Ireland. In 2000 their first website went live, and a year later, in 2001 became the first operator to launch ‘In-Play’ betting. The acquisition of Flutter by Betfair took place in 2002, and in 2019 this massive corporation started running its business under the name we know today- Flutter Entertainment plc. 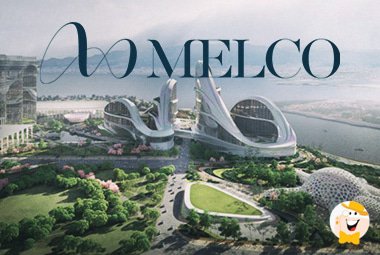 Current health crisis aside, the industry has been putting plenty of effort to keep the environment safe and clean. To strengthen up protection measures, a couple of the most reputable regulators signed the Memorandum of Understanding (MoU). Also, new policies were established regarding VIP schemes, self-exclusions, limits for playing sessions, and advertising. Perhaps the hugest change that marked the year behind us was the credit card ban in the UK, which became effective on April 14.

Still, despite the rules being pretty straightforward, some companies get penalized for failing to comply. Do they breach them by accident or on purpose? It’s hard to tell.

One of the examples is Kindred...

Furthermore, Malta Gaming Authority canceled authorization for numerous brands and denied its connection with some problematic suppliers. In addition to this, the Gambling Commission of Great Britain also suspended operational licenses for a couple of service providers.

“Maybe this year, we ought to walk through the rooms of our lives not looking for flaws, but looking for potential.” -Ellen Goodman

While we DO always look for potential, and strive to give you the finest iGaming industry can offer, we shall still keep on looking for “flaws” as well…just to make sure they don’t spoil your player experience.

What impressed you the most in 2020 iGaming-industry related? We’d like to hear from you, so hit the comments section below and share your thoughts and impressions with us.

Finally, a special thanks go to Alex Hoffmann, who helped us introduce you to all the titans of the iGaming industry!

I did not realize that the Kindred Group is considered questionable by LCB. I have played at both Maria Casino and Unibet and have had only positive experiences with these casino's, in fact I plan to keep playing with them. Thanks for an interesting article on the big business side of my hobby. I suppose the biggest winner...

I did not realize that the Kindred Group is considered questionable by LCB. I have played at both Maria Casino and Unibet and have had only positive experiences with these casino's, in fact I plan to keep playing with them. Thanks for an interesting article on the big business side of my hobby. I suppose the biggest winner at the casino is always the casino ownership, right?

These are quite impressive numbers! Thank you for this detailed and informative article.

Wow guys, what a comprehensive and interesting article! You definitely nailed it with this one!! Keep it coming.