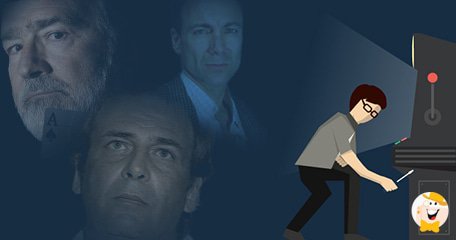 The next time you enter a lavish casino, take a good close look at the ceiling.

That is where the eyes in the sky are located. These are ultra-sophisticated device operated by human beings that are designed to catch cheaters.

They look down on all the slot machines, table games, dealers, casino personnel and customers to make sure nobody is swindling the casino out of its money. For the most part, the eyes in the sky work. But not always.

Las Vegas has been cheated in the past by smart crooks who have gotten away with millions of dollars. They have stolen money from the slots, blackjack, roulette and dice tables.

While many of them have been caught, others continue their cheating ways. Here is a list of five of those cheaters and what happened to them. 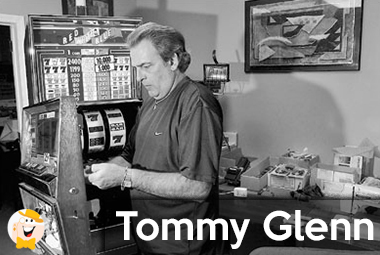 Tommy Glenn Carmichael was a small business owner who operated a television repair shop in Las Vegas. He was also addicted to the slot machines.  After losing a considerable amount of money to the slots, he decided to get even.

Using his knowledge of TV repair, he invented a device he called a 'monkey paw' that could give him access to the inner workings of a slot machine.  He used the tool to steal money from the slots. And for a long while he got away with his stolen loot.

Eventually the eyes in the sky caught him and Carmichael was charged, convicted and sentenced to five years in prison. While serving his time, he invented another cheating tool he called the light wand. That one worked on the new electronic slot machines. When Tommy was released, he went back into the casinos, cheated them out of more money -- with the device he could win up to $10,000 a day -- and even sold the light wand to fellow cheaters.

Then there was Richard Marcus, a blackjack and baccarat dealer in Las Vegas. Marcus learned the inner workings of casino after spending years on the job. He decided he wasn't earning enough money and became an expert at using sleight-of-hand to cheat at blackjack.

Marcus was an amateur magician at heart and would place two $5 chips over a $500 chip while playing blackjack. If he won the hand, he would collect over $1,000. But if he lost he would wait until the dealer shifted his eyes and then slip a $5 chip while palming the $500 chip.

It worked fine for a while until someone in security caught him. Marcus was caught, prosecuted and banned from entering a casino. Today he operates a website that teachers people -- you guessed it -- how to cheat.

Dominic Lo Riggio could not be called a cheater, but he came close. Lo Riggio was given the nickname 'The Dominator' after he mastered a controlled roll that helped him win a fortune tossing the dice.

He spent long hours perfecting the roll and when he entered a casino, he was ready to win. He would set the dice and then throw them gently against the cushion to make his point. His success with the controlled roll encouraged others to imitate him and today there are thousands of dice players in gambling cities around the world who use the controlled roll to win. 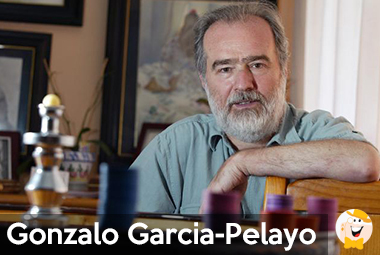 Gonzalo Garcia-Pelayo is a native of Spain who discovered a way to win at roulette. While he wasn't exactly a cheater, he used a computer to study roulette wheels to find ones that were imperfect and that would repeat certain winning numbers.

It took a lot of patience and practice, but he finally decided he was ready.  He chose an imperfect roulette wheel at a casino in Madrid and in a single evening beat the casino for 600,000 euros.

The gambler took his system to Las Vegas in the early 1990s and won $2 million before the casinos stopped him. Garcia-Pelayo's gambling career ended in 1992 when casinos began systematically testing and monitoring their roulette wheels, replacing the ones that showed signs of imperfection.

Ron Harris was a computer technician at Bally's in Las Vegas whose job was to test slot machines to make sure only computer chips approved by the State of Nevada were used. Harris utilized his insider knowledge to access a Keno machine and duplicate calculations that helped a partner hit a winning Keno ticket for $100,000.

The odds against such a win were one million to one and casino management investigated. They discovered what had happened and Harris lost his job. You don't have to be a cheater to win in Las Vegas, but sometimes I guess it helps. Let the games begin.

“You don't have to be a cheater to win in Las Vegas, but sometimes I guess it helps.”

Whee there's a will, there's a way. An idle mind is the devil's tool.

There was a documentary series on t.v. a few years ago that covered some of these casino scams. One not mentioned in the article, that particularly sticks out in my memory, was the group of professional cheaters who worked together at blackjack tables by replacing the casino's card shoe with their own. The cards of this...

There was a documentary series on t.v. a few years ago that covered some of these casino scams. One not mentioned in the article, that particularly sticks out in my memory, was the group of professional cheaters who worked together at blackjack tables by replacing the casino's card shoe with their own. The cards of this phony shoe were arranged (or stacked) in a way that gave this group a huge advantage at the table. I don't know how they did it for so long with the eye in the sky peering down at all times. But I do remember they got away with it for a looong period of time, years I think it was. This gang began operating way back, maybe before casino security became extremely sophisticated. The leader was a woman as I recall.