Where Did Benny Bury His Money? 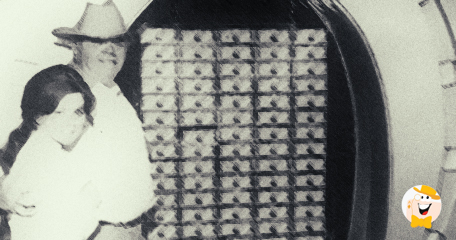 As a young reporter working on newspapers throughout the Southwest, we would sometimes come up with a story idea that was big enough to stop the presses.

I don't know if this story is that big. But the question has always intrigued me since the death of Benny Binion in Las Vegas some years ago:

Where did Benny bury his money?

Here are the facts.

Benny Binion, who built Binion's Horseshoe and a number of other lucrative casinos in Las Vegas, was a rich man.

It's also a fact that he did not believe in banks. He buried his money. And from the small information I have managed to glean from some Las Vegas citizens, he didn't bury it very far from the Horseshoe.

The Horseshoe Casino is located on Fremont Street in downtown Las Vegas. For years there was a bronze statue of Benny Binion on the back of a horse right next to the casino. 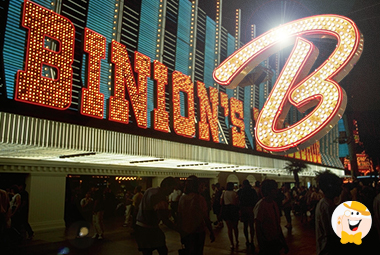 The statue has since been removed.

Downtown Las Vegas is pretty well built up with casinos, motels, restaurants and odd shops designed to attract tourists. Most of the ground is buried beneath concrete.

However, there is some ground that up until Benny's death was pure soil. Once Johnny Moss, Benny's lifelong friend, came to him to borrow some money for a cash poker game. Benny lent him about $80,000. The money was hanging in $100 bills from a clothesline in Benny's suite at the Horseshoe. Johnny simply plucked the bills from the line and went downstairs to play poker.

The person who told me that story was a cocktail waitress. She affirmed that the bills were still wet. It had rained in Las Vegas and Benny must not have traveled very far to get the money.

For a while I thought his burying place might have been next to his statue.

Then I thought it might be a city park in the downtown area.

These days I have no idea where Benny buried his money. All that I do know is that it's a Las Vegas mystery waiting to be solved.

But then, who really knows?

Benny was a man whose life was filled with stories. He was married to a woman who was worth something like $100 million but who dressed like a bag lady and who ate her daily meals at a 24-hour café in the Horseshoe. 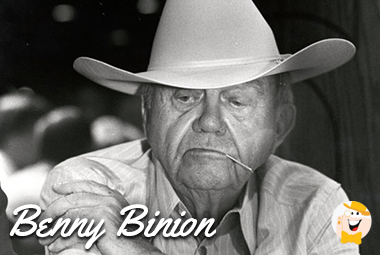 She would carry the casino's daily profits in an oversized coat with deep pockets to the bank, so at least somebody in the Binion household believed in banks.

Benny's son, Jack, believed in banks. When he split from the family and sold out his share in the Horseshoe to his sister, Becky, he took the proceedings and went to Tunica, MS. where he built a casino. After holding onto it for several years, he sold the property for a nice profit.

Johnny Moss maintained a room rent-free at the Horseshoe for many years. He is now part of the rock of ages. Besides, you could never get Johnny to reveal a secret while he is living much less now that he is dead.

“it's a Las Vegas mystery waiting to be solved”

OOPaloo has come through again! The reality TV show isn't a bad idea. There really hasn't been that much development in the downtown area since Bennie Binion died. And there is no evidence that he buried the money near the Horseshoe. He could have taken it out to a secret place in the desert. Anyhow, OOPaloo, thanks...

OOPaloo has come through again! The reality TV show isn't a bad idea. There really hasn't been that much development in the downtown area since Bennie Binion died. And there is no evidence that he buried the money near the Horseshoe. He could have taken it out to a secret place in the desert. Anyhow, OOPaloo, thanks for the ideas.

I suppose the area where he buried--though close by--was once relatively isolated, so he could fetch his money or add more to the stash in privacy. But now that a significant amount of time has passed, and the area has been developing, and properties expanding, digging for the money might present some trouble for any...

I suppose the area where he buried--though close by--was once relatively isolated, so he could fetch his money or add more to the stash in privacy. But now that a significant amount of time has passed, and the area has been developing, and properties expanding, digging for the money might present some trouble for any would be treasure hunters The privacy that existed when Mr. Binion buried the loot probably would no longer be available to those digging for it. And then again maybe the place of burial is now blanketed in thick concrete or is in the middle of a heavily trafficked road or popular pedestrian walking route. Do you know if anyone has been making any attempts to locate the money? I wonder if any new high tech solutions could be brought to bear on the problem? It could be a reality TV show, with an intro on Benny and his life and hidden loot; with then and now shots of the possible locations of the cash. Then contestants could be given an incentive to devise theories on the location of the money and earn points for innovative ways to detect and then extract the cash without being detected by the public, or disturbing the normal patterns of city traffic and daily life. Don't know how practical all that would be but, that's the pitch if you want to use it Geno.

Benny Binion was one of a kind. He didn't care what the rest of the world thought. He did things his way. Thanks for the comment, Jade.

I have to admit, this is one of my favorite stories Geno! And who can resist a good buried treasure story. I'm with you Geno, although SassyGirlMe makes a good point, can anyone really be certain? For me, half the fun is in the unknown.............

Are you really that certain? People have been looking for the Lost Dutchman Gold Mine in Arizona for well over 100 years, and from what I hear, they haven't found it yet. Thanks for the comment.

wow, now that is a pretty good story. I'm sure as much as Las Vegas builds and knocks down buildings they would have found it by now.

A movie scene describes it correctly and something that would have tickled Benny Binion to death. Thanks for the comment.

This is an interesting story, the wet money on his clotheslines feels to me a kind of movie scene.