Endorphina is Back with Aurora Borealis in New Slot Gem Blast 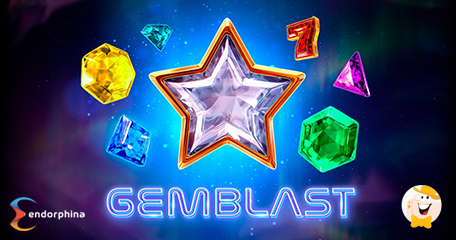 Following the launch of Golden Ox and Cupid throughout February, Endorphina continues the streak by introducing another great title from the roadmap – Gem Blast!

According to the legend, Aurora Borealis is trapped inside rocks. To release its supernatural powers in the provider’s latest slot game and watch a majestic lightshow on the night sky, players will have to combine up to six gems with 7s, BARs and wild stars on a 5x3 reel set.

Gemstones are waiting to be discovered on a 10 payline grid, backed with an RTP of 96% and a moderate bet level ratio. Thanks to a dynamic setting with immersive sound effects and colorful visuals, enchanted gems will submerge every affectionate slot specialist deeper into the story and provide them with a blast of unforgettable wins!

As players get ready to enjoy the beauty of a so-called “frozen flame” in Gem Blast, it is utterly important to reflect on the light and awe-inspiring range of colors throughout the game. Each crystal contains an entire night sky on its own, claims the studio behind this marvel, and if you remain persistent enough to touch the sky – there is a blast of unforgettable emotions and cash rewards swirling on the reels for sure!

Gem Blast is a custom 5-reel, 3-row slot game with 10 paylines, allowing players to win both ways. This math model is capable of triggering prizes from left-to-right or from right-to-left whenever a winning combination appears on the grid, dishing out solid returns.

While the Diamond Star acts as a wild symbol that substitutes for all other images and also expands over the reels to initiate an extra re-spin, it may only appear on reels 2, 3 and 4. Moreover, the symbol is capable of awarding up to 3 re-spins.

There is also an option to double all wins in a classic Risk Game. By selecting a card from the four pieces dealt on the table, players can increase their wager up to 10 times. If the selected card beats the Dealer’s hand – the outcome is doubled, and you may try again. If the Dealer wins a round, the Risk game ends with no wins for the player.

The game has been approved by the Malta Gaming Authority.

The month of February started quite intensely for the Czech provider; this dynamic and highly creative company from Prague has set extensive goals regarding iGaming development in 2021, and it already delivers up to three (or more) casino offerings in a 30-day cycle.

Starting with Golden Ox on 2 February, the retailer started a journey to exotic treasures of Asia, only to reveal the magic of Cupid for Valentine’s Day and dazzle all admirers of polar lights on 18th of the month.

As reported, Endorphina will also attend the Ukrainian Gaming Week (UGW) with more than 100 exhibitors and loads of unique products as well as services for the iGaming industry coming straight from select international companies.

On 24 February, Jakub and Kirill will join the event and meet personally with all attendees, but they will also participate in a panel discussion about responsible gaming in 2020-2021. The company’s duo will reveal what player protection measures are taken in the European countries today.

“another great title from the roadmap – Gem Blast”

This game looks great. I will definitely try it. Good luck!

Nice theme! They are not afraid of exploring different topics so their games are always interesting.

Endorphina keeps bringing new releases, this time we need to set Aurora free by making a winning combination up to six gems! May luck be in your favor :)

Another typical slot from Endorphina, simple but enough to make you wanna try it. Thanks for sharing.