Endorphina Receives License to Distribute its Content to Romanian Players 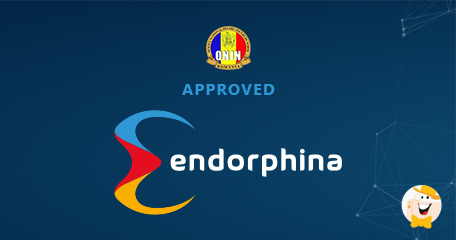 A dynamic and creative company that lives and breathes iGaming development, Endorphina, is thrilled to announce approval from one more regulator. The studio’s been awarded the license by ONJN, the Romanian regulator, thanks to which it will be able to showcase its wealthy portfolio to a new spectrum of clients.

With this milestone achievement, the provider gets another confirmation regarding the quality of its content, as it proves that the entire company, its processes, and the products have all passed the requirements of the Romanian authority. Moreover, the entire suite of releases has been extensively tested by GLI for this burgeoning market.

The approval will allow all the local operators to start expanding their game offering with the producer’s top-notch games to their players, including such hits as 2020 Hit Slot, Cash Tank, and many others.

Eager to “bring the Romanian players a dose of some real endorphins”, company’s CEO Jan Urbanec shared his excitement regarding the newly issued license:

“I am proud of the whole Endorphina team. It is with great pleasure that I can announce that we are in fact licensed in the Romanian market. After acquiring the MGA license, this is another milestone for us.”

Keeping the games fun and engaging for the players will continue to be one of the main imperatives of this passionate enthusiasts, as well as striving to be compliant with the international legislative standards.

...Spearhead Studios is also among providers that have recently been granted approval from the same regulator.

Aside from presenting its content to Romanian clientele, the studio also entered a successful deal with Universal Soft in August. Being one of the most prestigious and well-known companies operating in the Latin American market, focused mainly on horse racing and betting, the agreement with Universal will speed up their expansion.

…July 2020 brought cooperation with E-Play24, the most robust and top-performing platform in the Italian market. E-Play24 gathers a variety of online gambling brands under its roof, which is one more excellent opportunity for the studio to gain even wider visibility.

Taking a Look at Colorful Titles

Striving to cover as many different profiles of players as possible, the creative gang keeps filling the catalog with releases inspired by versatile topics.

The newest reinforcement came in the form of Chance Machine 100, a timeless classic featuring the most beloved set of retro symbols along with a duet of Scatters and an Expanding Wild.

…there’s The Rise of AI, which takes punters on a time travel journey in 2050. Structured as a 5-reel, 3-row game, it comes with 10 paylines, a random multiplier feature, and a spectrum of anti-utopian characters.

Those among you who are fans of Norse mythology should take a look at Asgardians, a thunderous achievement with a wealthy selection of features, among which bonus symbols and games, multipliers, risk games, and many more.

“The studio’s been awarded the license by ONJN”

@ Dzile Yes, I absolutely agree, particularly in the moment when Romania added 20 new operators to its blacklist of unauthorised online gaming sites. The market will be much cleaner, and players will be able to enjoy top-quality games, like the ones coming from Endorphina.

This will bring their business to another level.

This is indeed a big moment for the company, congrats!