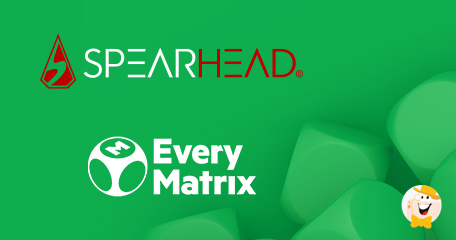 UK Gambling Commission has approved the brand’s license request for casino host activities and, as a result, the company has now entered the gambling market of the United Kingdom.

According to this new approval, EveryMatrix will be catering game content to online casinos in the UK.

Gaming development brand within the Group, Spearhead Studios, will make its ever-growing portfolio of games available to operators as it plans to add new titles designed for UK market.

RGS Matrix is the basis for Spearhead Studios’ game development. This is the company’s own remote gaming server. RGS Matrix’s portfolio has 31 new titles including Book of Souls II: El Dorado, Blue Diamond Book and Book of the Princess.

"The team here at Spearhead is dedicated to making the studios’ games widely available in Europe and beyond. We’re excited to get into the UK market and I’m looking forward to making new business connections with operators looking to source exciting titles for their players.”

Spearhead Studios has, most recently, released the Lara Jones is Cleopatra 2 slot.

The highly volatile game is the successor to the original, Lara Jones is Cleopatra.

EveryMatrix has signed a cooperation deal with Evoplay Entertainment that will see the latter’s content integrated into former’s network of European clients via CasinoEngine.

Evoplay’s award-winning games will become a part of a greater aggregated Engine with more than 11,000 games by over 175 content providers.

According to the agreement, the operators will gain access to such smash hits as Book of Keno, Treasure Mania and Temple of Dead. The special addition will include the Spinential game engine that boosts download speeds by ten times which will also radically improve gameplay.

“EveryMatrix gets green light for gaming development in the UK via Spearhead Studios”, everymatrix.com, March 11, 2021.

Great news for UK Players. I wish them luck. The market is competitive but they’re up to the challenge. :)

I agree with Marina, this news will delight the UK players, Spearhead has a great selection of games.

What a great announcement from EveryMatrix! They are growing really fast and UK market is really attractive.

Possibly the best regulated market there is.