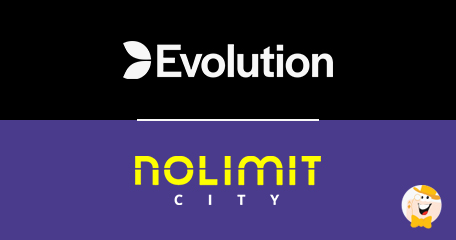 Four Most Innovative Studios in iGaming United Under One Banner

After the announcement on 22 June 2022, Evolution AB has finally completed the acquisition of the entire issued share capital of Nolimit City Holding Ltd. The upfront consideration of EUR 200 million was paid in cash following all regulatory approvals.

Evolution has revealed other details about the new ownership on 8 August 2022.

By adding another innovative, world-leading producer of online slots to its portfolio, Evolution will significantly increase its reach on the iGaming market. Nolimit City stands out with a unique, graphically rich playing experience and its award-winning titles are among player-favorites in many regions.

The recent acquisition of Nolimit City is also in line with Evolution’s strategy to become the world’s number one provider of online casino games. After getting access to Mental, San Quentin, and East Coast/West Coast, the company is on its way to start supplying its customers with some of the best gaming content solutions on the market at this moment!

With the Nolimit City brand, Evolution has even extended its network of world-leading slot providers to four. The studio is now among the greats like NetEnt, Red Tiger, and Big Time Gaming, all acquired in the last couple of years.

Aside from developing slots, Evolution AB produces, markets and licenses fully-integrated B2B online casino solutions as well. The company was founded in 2006, and it has grown into a leading provider with 600+ operators among its customers over the years.

On a side note, the group employs 15,000+ people across Europe and in North America. Its parent company is based in Sweden, and it is listed on Nasdaq Stockholm. Evolution is licensed and regulated by the Malta Gaming Authority.

However, the aggregator is also regulated in other jurisdictions like Belgium, Canada, Romania, South Africa, the United Kingdom, and so forth.

At the beginning of this month, Evolution announced the launch of its Live Craps casino game in Pennsylvania. The latest addition to its live dealers roster is set in a speakeasy-style studio, while the revamped version of the classic dice game is easier to understand and play.

Craps is also an important step towards developing an expanding portfolio in the U.S. that will give players in Pennsylvania a more comprehensive suite of live dealer options.

The game was first introduced to players in Europe back in 2020, but after completing all regulatory approvals, Live Craps should be available across Michigan and New Jersey soon too.

“The game itself is going to thrill Craps enthusiasts throughout the US and is sure to attract some new fans,” said Jeff Millar, commercial director for North America.

Millar also shared that the game easily captures all the excitement of a traditional Craps table and the decadence of the speakeasy era. The company can’t wait to see what players think of it and looks forward to launching in other states in the near future.

“Evolution has extended its network of world-leading slot providers”

Wow, the big four by all means... when these guys go shopping, they really mean business. They can rule the galaxy now, literally HAHA