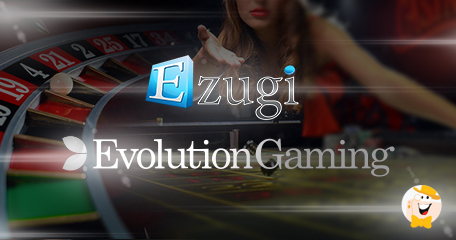 Leading provider of video-streamed Live Casino solutions, Evolution Gaming, has announced a purchase agreement with Ezugi, aggregator of B2B live dealer solutions. The acquisition includes an initial consideration of $12 million with a potential upgrade of the contract, amounting a maximum of $6 million.

The company’s latest expansion should accelerate growth in key iGaming markets and it is expected that it will add 2-4 percent to 2019 revenues. As part of the deal, Ezugi’s multiple studios worldwide will continue to deliver mobile and web live dealer solutions to online operators, mainly in New Jersey and Oklahoma, but also in Europe, LatAm and South Africa.

Growth Through Market Shares And Development

According to the report, Evolution’s growth will be drastically augmented through market shares and further product development, including operational capability in other landscapes such as Romania.

This agreement emerges only three months after the provider of leading video-streamed casino solutions launched its ninth studio in the United States, strictly speaking, in Atlantic City. Interestingly, both providers are currently the only live casino vendors in the North American market.

“I am pleased about this agreement. It is a very logical next step for Evolution which will increase our market share in key existing markets, like the U.S, where Ezugi’s presence and customer base will add to our on-going market expansion as well as add licensees in new markets, such as South Africa.”

“This strategic deal will see Evolution increase its geographic footprint and accelerate growth. It will enable us to fast-track the accessibility to Evolution’s top-ranking software as well as to support continued industry leadership by adding well-established development teams and operational resources.”

‘The Right Next Step’

Ezugi has come a long way since it was founded six years ago, according to Kfir Kugler, CEO and founder. The agreement obviously represents the right next step for the company, as its offerings in the roulette division, including highly advanced features such as the streaming quality or speed are unprecedented. Kugler adds that the user experience, game choice and “all-around operational excellence” will bring the group to a whole new level.

Evolution has entered into multiple agreements lately, including the launch of a studio for live casino tv show in Belgium. The business has also partnered with PokerStars NJ at the beginning of this month, while its Lightning Roulette collected the GOTY award at the EGR in October.

The Ezugi transaction is expected to be realized in early 2019.

“Evolution Gaming, has announced a purchase agreement with Ezugi”

Evo is the best provider of live dealer games, no question about it; I just wonder what will happen to the competition one day.