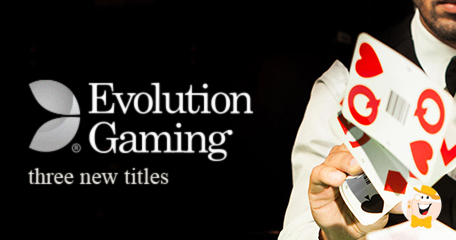 These games are all based on three of Evolution’s live dealer tables: classics Baccarat and Dragon Tiger and Football Studio, which is a Top Card variant with a football theme.

The First Person titles can be used by operators to introduce novel players to casino classics and provider’s range of TV-style show games.

…is that they all have the GO LIVE button feature that is unique for all First Person games.

What it does is it takes players through an in-game portal and to the live version of the game. The transition is natural due to the same rules the two types of games have and same familiar interface.

Check out the games’ official preview below!

“Our goal when creating the First Person games was to make the world’s best RNG table games. When our first two games, First Person Roulette and Blackjack, were launched we agonised over ensuring that the 3D graphics and performance were perfect. We also included the “GO LIVE” button to take players to the live version of the same game. Those first two titles proved incredibly popular so we broadened our goal to include RNG versions of our game show games. Now we’re launching another trio of First Person games to add even more variety.”

He went on to add that Dragon Tiger and Top Card are beautiful in their simplicity, with crisp clean graphics and game play, whereas First Person Baccarat is beautiful in its complexity.

“the imminent expansion of their First Person range of games”

Very impressive. I would be happy if I were a Baccarat player. But, I usually play Live Roulettes and Pokers in Evolution. They are the best online live casinos in every aspect. I just hope that they could increase betting time in Live Roulette tables :)