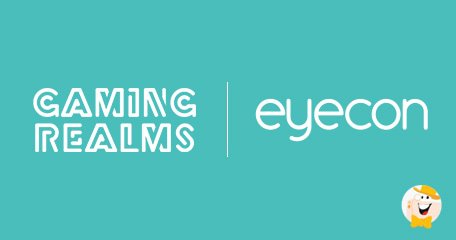 A leading developer and licensor of mobile focused gaming content, Gaming Realms plc, has announced a three-year partnership agreement with Eyecon. As part of the contract, the acclaimed online gaming operator from Australia will develop a new game based on the hit slot adventure that’s taken over the world, Fluffy Favourites.

As reported by Gaming Realms, the publisher of next-generation mobile gaming content will have the right to license Eyecon’s iconic slot release under a new name – Slingo Fluffy Favourites. The game is a well established slot in the market and a hugely popular hit with UK bingo operators.

Set to launch on October 28th, the new compelling game will combine both the iconic Slingo grid mechanic and exhilarating features of the Fluffy Favourites slot machine, a high volatility stuffed animal release from 2016 with a maximum win exposure of 5,000x total stake.

Available on Worldwide Market and UK

Unlike the original, which was published in September 2016, the remake is set to launch on the 28th of October both on the UK and worldwide market. As a reminder, the initial release played out on a standard grid with 5 reels and 3 rows, supported with 25 ways to win and a moderate bet level ratio ranging between 1 cent and £25 per spin. The game’s biggest attraction is certainly a major contributor to scoring big wins, as extra spins can be retriggered up to a maximum of 400 rounds with a 3x multiplier!

There is a cute collection of toy animals on board, including a dragon, gorilla and panda, lion and tortoise, rhino and giraffe, goldfish and duckling, while the highest paying symbol is hippo. Chief financial officer of Gaming Realms, Mark Segal, commented the arrangement and expressed his delight about the upcoming release:

“This is a hugely exciting time for Slingo Originals and we’re honoured to be working with such an iconic brand. We hope that fans of Slingo and the phenomenal Fluffy Favourites slot will enjoy this new collaboration, which will serve to bridge the gap and reinforce the compatibility of slot and bingo.”

If you’re excited about the upcoming game from Eyecon, here’s what the original Fluffy Favourites looks like:

“Fluffy Favourites continues to be one of the most popular game brands in the market. By combining it with the successful Slingo game mechanic, this collaboration has produced a top game that Fluffy and Slingo fans are going to love.”

The Line of Sequels Continue

After a very busy period at Eyecon, a Playtech subsidiary, whose portfolio gets richer by an awe-inspiring slot almost each month, the provider has also issued a couple of long-awaited sequels and forever changed its gaming platform. Among the recently launched follow-ups are Temple of Iris 2, Beat the Bobbies at the Tower of London, Clover Rollover 2 and Shaman’s Dream 2, scheduled for October 13th.

According to the studio, it's time to dream big once again and rediscover the magic and wisdom of the Native Americans in a sequel of the hugely popular slot game with wolves, dreamcatchers, teepees and eagles, based on a 25 line grid, extra spins and instant prize modes.

Shaman’s Dream 2 comes with a medium volatility and a theoretical RTP of 95.56 percent.

“a three-year partnership agreement with Eyecon”

Great, another evergreen hit that gets a remake, only in a slightly different format. A great testimony of the provider’s development skills and long-term footprint in the market.