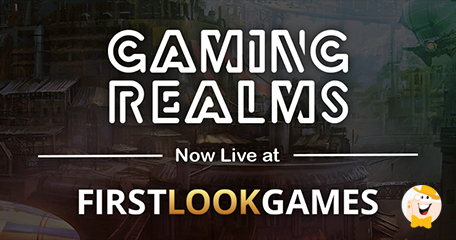 The ultimate distributor of games from software studios with over 20 million casino players around the world, First Look Games, is adding another great B2B developer to its list of prestigious partners.

Leveraging the Power of Affiliates

By joining First Look Games, Gaming Realms has earned exclusive rights to access more than 800 approved publishers. Their combined global audience consists of 20+ million players, and this is how the studio will leverage the power of its new affiliates to support further game promotion.

To clarify, Gaming Realms will be able to share information about each one of its upcoming titles, such as logos, images and videos with FLG. After being uploaded to the distributor’s library, every game detail will be free for download for further advertising purposes.

On top of that, the studio will even be given access to a range of cutting-edge tools and features. Most of them were introduced in March 2022, as part of the First Look Games 2.2 update. For example, among the new options is a brand-new Studio Management Centre, where customers can manage their games and assets in a quick and easy way.

Other key features include exclusivity arrangements on game launches and removing jurisdictions for each game in the portfolio.

According to Tom Galanis, managing director at First Look Games, the latest studio to join the roster is a true powerhouse of software. By becoming an FLG partner, it will be able to use all the benefits of unrivalled affiliate marketing and drive bigger awareness of its games.

You may know some of their famous Slingo titles like Shark Week, Lucky Larry’s Lobstermania, Sweet Bonanza, and Starburst, to name a few.

“With FLG, the power is in the studio’s hands to share the information they want, when they want to share it, and this enables developers to maximise the opportunity presented by working with publishers for game promotion,” concluded Galanis.

As stated by Gareth Scott, commercial director at Gaming Realms, the company understands the value of affiliates when it comes to promoting and it hopes that all games will very soon enjoy a significant affiliate outreach. Scott is excited about the partnership as it will also bring more players the fun and thrilling experience of the studio’s unique games.

“the studio will leverage the power of its new affiliates”

What a great concept this company has; they made a breakthrough in igamng in a record time and now already collaborate with 800 sites!!!! Amazing... and when you add 20 million players on that... the opportunities are limitless!