From the Players, for the Players Takes it to the Limit with Highway Casino! 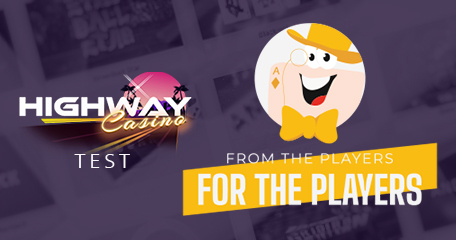 Tester Receives Speeding Ticket Before Cashing out for Rushing KYC

We’re back with another detailed test report this week thanks to our diligent testers of online casinos as part of the project “From the Players, for the Players”, launched in February 2021.

The previous month was quite challenging and unpredictable, as certain brands caught us by surprise with terms, payout times and unfair straight deposit wagering requirements.

All put aside, we decided to pay a visit to Highway Casino, at the end of September, an online betting site introduced earlier this year by BEFORELITY SOLUTIONS N.V., a company registered under the laws of Curacao. The best part about it is its US–friendly policy and general orientation towards the clientele coming from North America and New Zealand.

Bringing you hands-on facts about this gaming destination in relation to depositing, playing and cashing out is again one of our regular testers, Juggaloroscoe, whose reports have helped players to form a relevant opinion about online casinos before joining them.

You can see more of his work within our ongoing project at any point, but for now, stick around for a couple of minutes to learn a thing or two about the said casino.

In a few words, the testing looked like this:

It seems that after a minor delay with verification our tester managed to complete another casino report without much hassle. Still, let’s look into more details and see how it all really uncoiled, no strings attached.

As we already mentioned, creating an account started on 21 September. It didn’t take much time for our tester to complete the registration procedure. The whole process includes only three steps, where each new member is required to enter personal, contact and address details before getting full access to the lobby. 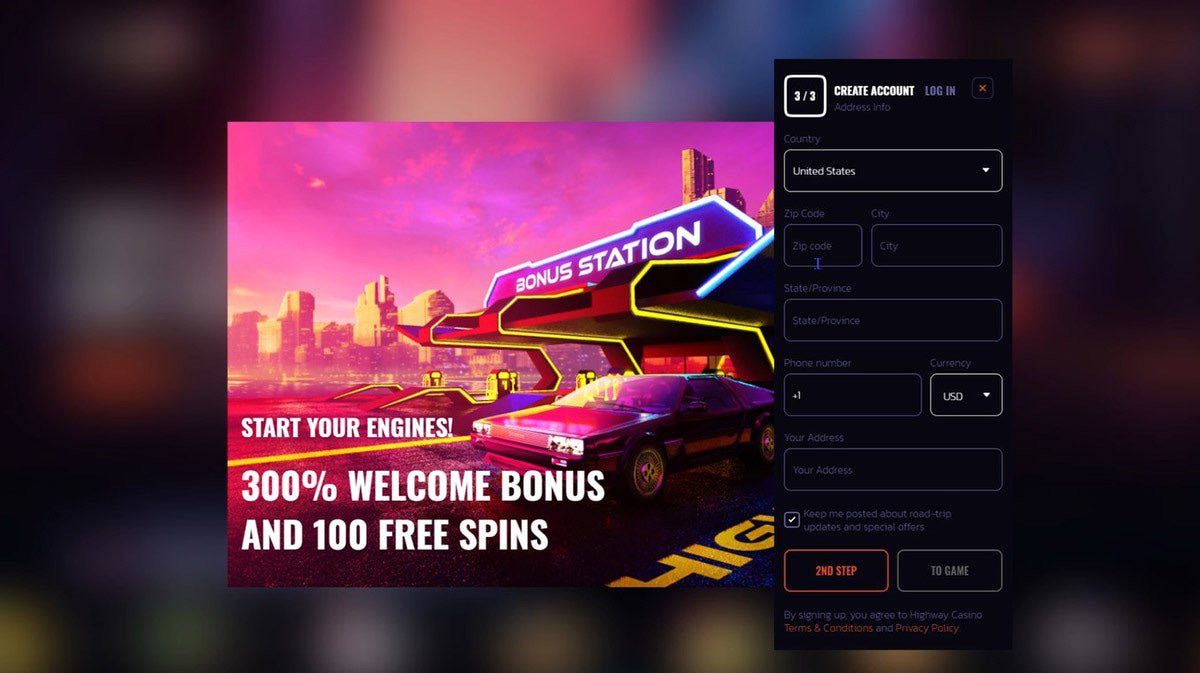 Led by his earlier experiences and after going through the casino’s terms and conditions regarding payment methods for US players, Juggaloroscoe decided to contact live chat and see if there is any mandatory wagering requirement on straight deposits. The agent said that deposit bonuses come with certain turnover requirements and a maximum cashout restriction. 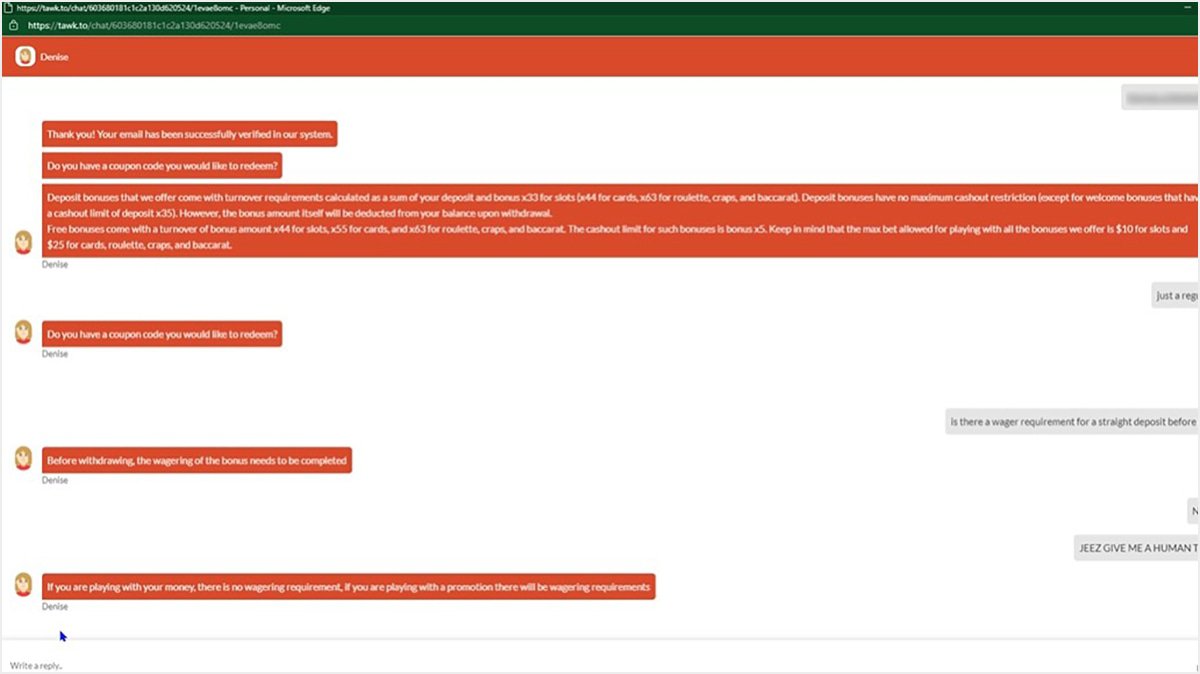 As his next step, Juggaloroscoe chose Bitcoin to top up his newly opened account with Highway Casino. It took approximately 12 minutes or so to complete the transaction after depositing $200 worth of BTC on September 21. According to the Payment Info section, the minimum BTC deposit limit per transaction is $30, while the maximum amount that can be deposited in a single transaction is unlimited. After completing the process, our tester was ready to move on to the next chapter – playing some RTG games, of course. 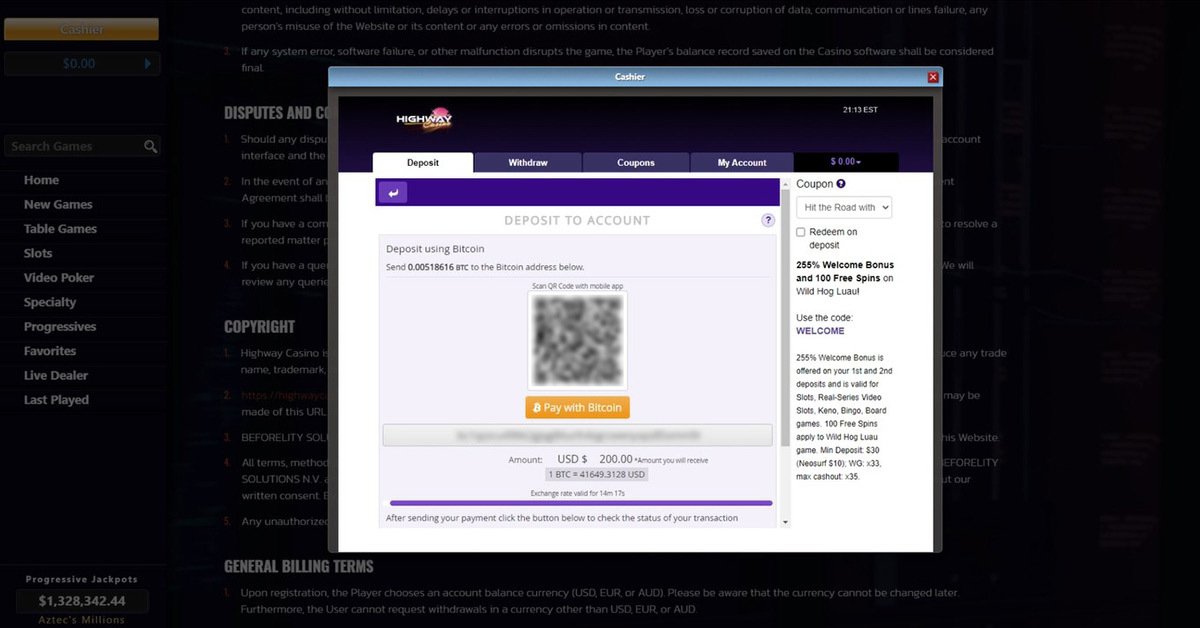 Juggaloroscoe opened the lobby and began his gaming adventures with Blackjack 21. After some warming up, he quickly switched to slots and picked Enchanted Garden as his first slot at Highway Casino. 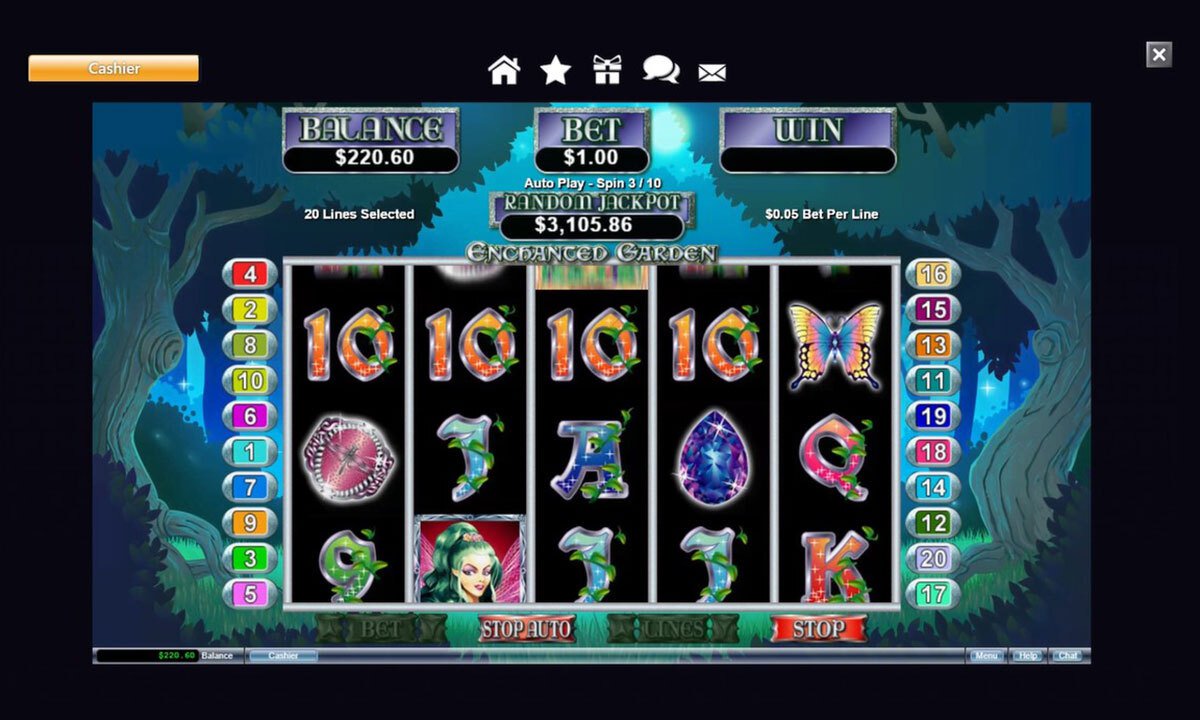 His next choice was Cash Bandits 3, but our tester wasn’t making any progress on this game either. It is at this point that he received a notification to complete a verification phone call in order to unlock the casino’s full offering. After receiving the phone call, Juggaloroscoe continued playing Vegas Lux, Texan Tycoon, Trigger Happy, Triple Twister and a couple of other titles from RTG. 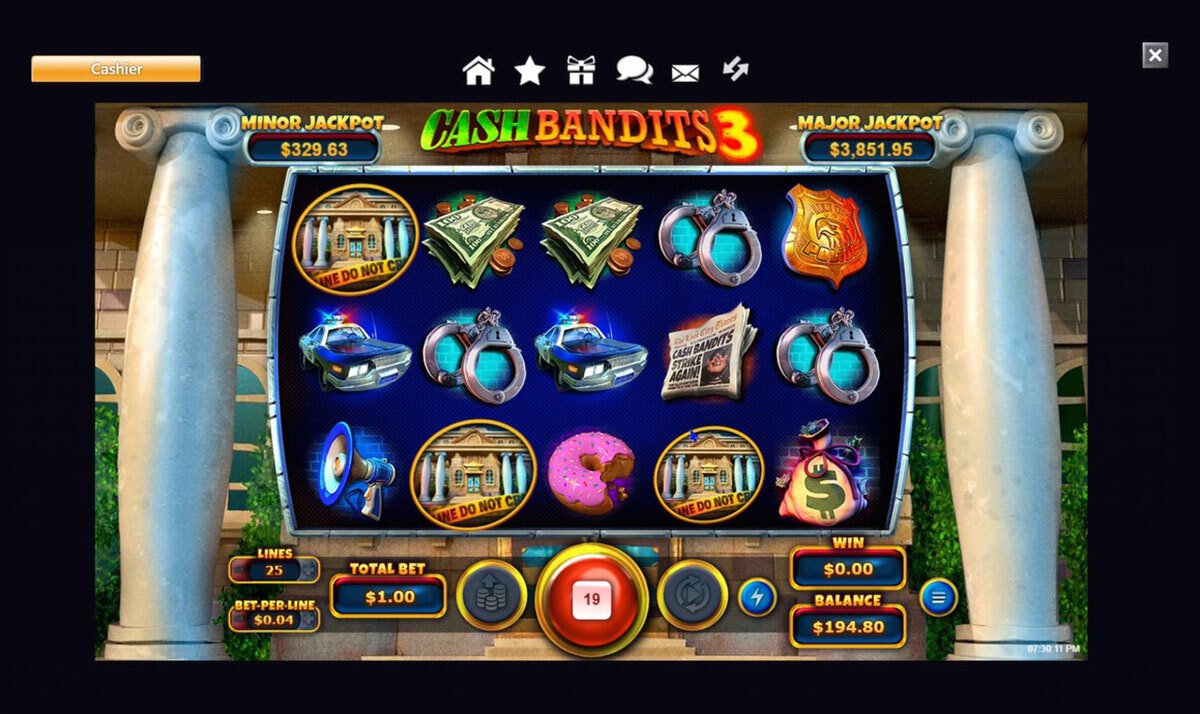 Since his balance kept declining and soon reached $100.47, Juggaloroscoe ceased all gaming activities and opened the page for KYC verification on September 22. As far as Bitcoin cashouts go, the minimum withdrawal amount is $100 per transaction, while the maximum weekly withdrawal amount is limited to $2000. To successfully confirm his identity, he provided personal details and uploaded ID documents: a photo of his ID, front and back, a utility bill and his BTC address.

He even reached out for customer support to see whether a credit card information is required for players who deposited in Bitcoin. The agent quickly replied that no further verification is necessary for him, unless he plans to withdraw the remaining funds via credit card. He asked the casino to call him to speed up the verification of his identity and after this was done, the agent informed him that his documents have been successfully uploaded.

The agent also added that it takes up to 5 days to review, approve and process cashout requests.

On September 27, Juggaloroscoe requested a withdrawal of $100 worth of BTC, however his account verification was still pending and the withdrawal was denied. The casino needed to confirm his cashout address, which took another day.

Once his documents and data were approved, the tester made a second cashout attempt on September 29, which was successful and he finally received his money on the same day. The amount he received to his Coinbase wallet was smaller than requested due to BTC value fluctuations - 0.00236 BTC or $99.84.

This concludes our test of Highway Casino.

We hope that our tester fulfilled your expectations and helped you decode one more gaming site in a quick fashion. Please let us know your opinion in the comments below or on the forum whether our tester should have done something different in order to deliver more information about this brand.

Play responsibly and stay tuned for more reports coming soon. A huge THANK YOU to our members for showing so much interest in our project “From the Players, For the Players”.

“the tester made a second cashout attempt on September 29, which was successful”

What a great idea this is!! Nice to hear from a normal player as to how his/her experience was and especially good to get the details on the withdraw process. There are so many T's & C's these days that we have to abide by but its not like we are still in the 90's either.

Everything went with no issues. Fast verification process and cashout time, but BTC needs to be a bit faster.

Highway Casino paid on time, but still, why they needed to confirm the player cashout address if he had already successfully confirmed his identity and sent a utility bill?

Well, I expected the verification and cash out to be faster because of Bitcoin, however, it took a few days... It varies among casinos.

No complications I would say, nice test, would be even better if there was some nice win :)