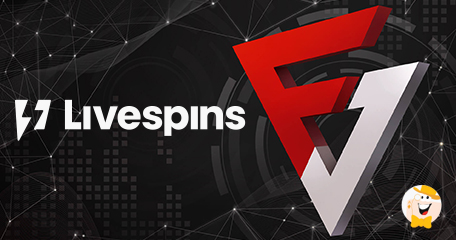 Livespins has decided to boost its online casino experience by adding a new gaming brand to its already extensive portfolio. FUGASO is a new platform that will join the brand allowing customers to access more games.

Based on the new deal, Livespins’ streamers will be able to use the studio’s in-demand games in their broadcasts to customers, including more quality and distinction to its next-gen streaming platform. This involves titles such as Sugar Drop, Magnify Man, Diamond Blitz series, and all the new patented series at RUNNING REELS™ & RUNNING WINS™.

FUGASO has become one of the leading names in the industry thanks to the creation of slots that stand out with visually rich elements. They keep the level of engagement on the highest level thanks to the inclusion of special mechanics and bonus elements. In addition, gamification is one of the core elements of gameplay.

More Details on the New Deal

The deal with FUGASO comes right after the closure of several deals with leading names in the industry that allows the company to increase awareness of its slots offering among the new generation of players.

Livespins is the very first brand that allows customers to not only follow streams but enter the direct action. This is possible by the inclusion of a bet behind - feature that allows players to support their preferred streamers in real-time.

“FUGASO has launched some truly fantastic games in recent months, and I know that our streamers will be chomping at the bit to start spinning the reels on titles such as Sugar Drop and broadcast the action to players.

“Content is such an integral part of a slot stream, and that is why we continue to join forces with the best developers in the business so that our streamers have access to the games that players want to watch being played and also bet behind.”

He welcomes FUGASO to the Livespins and looks forward to watching their streamers fire up the reels on its online slots.

Robert Metzger, Business Development Director at FUGASO, says that Livespins is a pioneer in slot streaming, and they are excited to have joined this revolution at such an early phase. The brand’s titles are perfect for streamers, providing plenty of action with every spin to keep them and their users engaged at all times.

This agreement will allow the brand to get games in front of a new audience of casino players and introduce the engaging and amusing experience they deliver.

“a pioneer in slot streaming”

What a great deal between two leaders in the sector. Players already enjoy their games and look for more innovative options…