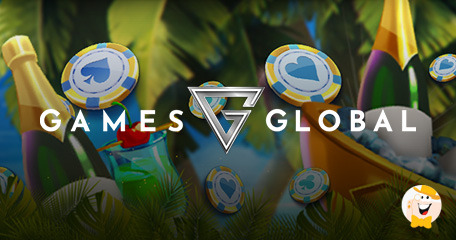 Continuing to boost its massive catalog with all kinds of adventurous online casino games, Games Global has prepared numerous surprises for its fans in November. Some are already presented, and some are scheduled to appear in the upcoming days, but one thing for sure- they are bound to bring tons of excitement and great winning opportunities.

Players will be able to test their skills on the newest works of art delivered by Just For The Win Studios, Northern Lights Gaming, Infinity Dragon Studios, and many more. Those who prefer table games won’t be left empty-handed as On Air Entertainment and Real Dealer Studios have also prepared some captivating titles.

Want to take a closer look at the complete list of releases Games Global has prepared for November? Keep reading!

To start with, Northern Lights Gaming added Ticket to Riches to its portfolio on November 3. Inviting players to embark on a fantastical journey, the game gives them chance to collect tickets and trigger the Last Call pick bonus or free spins feature with multipliers.

… Just For The Win Studios exhibited Diamond Sands, a 5x3 slot with 243 ways. In terms of features, this one hosts cash collects, the Diamond Wheel bonus feature, and free spins with fabulous win multipliers and retriggers, which guarantees solid wins.

Infinity Dragon Studios has also enlarged its catalog with Mr & Mrs. Spy™. Showcased on November 10, this action-packed espionage-themed slot incorporates the Link&Win™ mechanic, which enables players to unlock expanding reels, multipliers, and even additional spins. It’s packed with a win potential of up to 12,000x bet.

Described as “everyone’s favorite tough guy” Vinnie Jones has returned, but this time eager to deliver an unforgettable BJ experience, thanks to the partnership with Real Dealer Studios. Presented on November 7, the studio’s cinematic Vinnie Jones Blackjack is filmed by Hollywood professionals. The installment is equipped with 21+3™ and insurance side bets and as well as the game-changing 6 Card Charlie rule all add to the fun.

…Card Matchup by On Air Entertainment is a live dealer, dynamic top card game with an abundance of sports-themed side bets- Home, Away or Draw. On top of that, the release is equipped with a widget feature, which enables participants complete access to game statistics, game history, and winning streak features.

Speaking of sports, we all know the World Cup is just around the corner, which lead to a huge influx of sports-themed games. On November 1, Gamevy presented World Cup Roulette Platinum while Gaming Corps went live with Penalty Champion.

Six days later, Inspired showcased Big Football Bonus. BGaming is to unveil Soccermania on November 16, while November 21 will bring Slingoal by Gaming Realms. All it takes is to grab popcorn and spin the reels!

Have you had the opportunity to explore some of these releases? If so, feel free to share your impressions with us in the comments section below, we’d like to hear from you!

“Games Global heads into November with a selection of glamourous and action-packed new titles!” , gamesglobal.com, November 7, 2022.

“bound to bring tons of excitement and great winning opportunities”