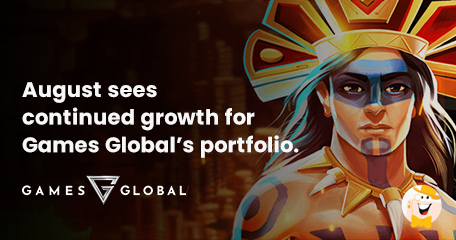 Spicing Up Summer with Fantastic Releases

Continuing to justify its reputation as a leader in the iGaming market, Games Global, formerly operating as Microgaming, has prepared a multiverse of new adventures for the ongoing month of August. More than 10 feature-filled online slots are expected to go live from some of the finest providers, among which are Just For The Win, Snowborn Studios, and PearFiction Studios.

In case digital one-armed bandits are not your cup of tea, have no worries, Games Global has got you covered. On Air Entertainment has developed one more sophisticated Roulette scheduled to hit the shelves on August 16, 2022, while Neko Games plans to add one excellent video bingo title to its colorful portfolio.

To start with, Just For The Win unveiled the Amazon Kingdom on August 2. This jungle-themed story which takes place across five reels accommodates a set of powerful features that can be upgraded. Free spins become super free spins, while wild scrolls can unlock growing wild stacks. There’s Queen’s Bonus as well, where matching three symbols can lead to a noteworthy win potential of up to 5,000x.

…Piggy Luck by Gong Gaming is a 5-reel story with interesting bonus features, such as cash collect and a bonus wheel. Expected to hit the shelves on August 9, Treasures of Kilauea™, a highly volatile slot by PearFiction Studios hosts guaranteed wilds on the reels during free spins, volatility picker, and volcanic rewards every 10th and 50th spin.

A Range of Innovative Features

…SpinPlay Games exhibits Diamond King Gold, a Savannah-themed online slot with 1024 ways to win. Let’s not forget to mention the Power Range™ mechanic in the center of the base game, which awards multipliers to wilds that land within the Power Range™. There’s Diamond Meter as well, where wilds are collected, triggering the Diamond Jackpot with epic wins opportunities.

Moreover, Oros Gaming, an up-and-coming content provider launches 9 Bass on August 18, introducing players with EpicStrike™ mechanic, a free spins bonus wheel, and a solid win potential of up to 2,000x.

… Snowborn Studios is to showcase Cats of the Caribbean™ on August 23. Organized as a 5-reel slot, this highly volatile release displays Cat Pots bonus with a value of 10,000x, and randomly triggered Wild Cannon firing bonus cannonballs into the mix.

Two days after that, on August 25, Gold Coin Studios exhibits Cairo Link&Win™, an Egypt-inspired slot with expanding reels, free spins and the ever-popular Link&Win™, and many other surprises. Speaking of, Triple Edge Studios delivers The Phantom of the Opera™ Link&Win™ on August 30. Equipped with 25 paylines, this action-packed game bolsters stacked wilds and free spins with jumbo blocks, as well as Win Booster™ which adds more Link&Win™ symbols to the reels.

…then you will surely be thrilled to hear that Neko Games plans to reinforce its portfolio with Break Da Bank Again™ Video Bingo on August 24. The game is played over four tickets with the option to buy up to ten extra balls and it accommodates a whole range of surprises. There’s Big Vault Bonus, a five-level picker game with the potential for instant cash prizes, as well as a jackpot prize with a win potential of up to 5,000x per ticket.

“a multiverse of new adventures for the ongoing month”

Games Global is a big surprise for me, they have a great portfolio, good job.

Woohoo well, they are doing their best to entertain us. There was no pause or vacation for them this summer. Excellent work :)

I was afraid that Games Global won’t be able to keep up with Microgaming’s tradition and tempo, but it seems that there was nothing to worry about. Thanks for another batch of amazing games.