Games Global to Showcase Abundance of Exciting Games throughout May 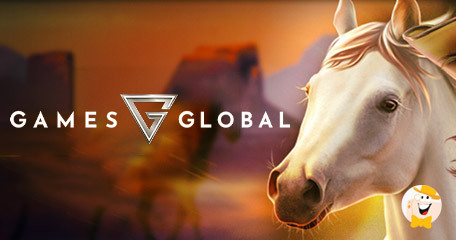 Wide Spectrum of Releases to Mark the Debut

Continuing more than a year-long tradition set by Microgaming, Games Global proudly presents the May line-up, treating players with more than 15 action-filled online casino games, predominantly slots. Determined to firmly establish its industry presence, the corporation announces a plethora of surprises from the partner studios, among which are Just For The Win Studios, Neko Games, All41 Studios, Alchemy Gaming, and many more.

Established in 2021, the corporation gathers a team with a combined experience of 200+ years. Its massive catalog is home to over 3,000 releases available via 980+ brands, justifying its reputation of an iGaming giant.

A Couple of Classics to Start With

On May 3, 2022, the very same day the sale with Microgaming was finalized, Gameburger Studio presented 777 Surge. Infused with a wide array of interesting features, the game displays a bonus wheel, the mini-game in the Mini Reel bonus, and tons of bonus spins.

…on May 4, Half Pixel Studios exhibited Golden Elixir, a modern twist on classic slot adventures, with stacked wilds, free spins feature, and 243 ways to win.

May 5 was marked with the launch of no less than two games. One of them was Jester Wheel™, a 5x3 title coming from Rabcat. This highly volatile game incorporates no less than 4 bonus features. The other was Stakelogic’s Phoenix Queen Hold’n’Link.

Fans of the Immortal Romance series were also treated with an amazing addition but from an entirely different perspective. Delivered by Neko Games on May 9, Immortal Romance Video Bingo represents a fantastic combination of a traditional bingo game with immersive bonus features and recognizable styles from the all-time favorite slot series.

…Wild Link Cleopatra, a 5x3 slot by SpinPlay Games introduced punters to the breath-taking Egyptian queen. When initiated by wilds or sun symbols, the Wild Link feature expands the reels by up to three extra rows in the base game and up to six extra rows in bonus spins.

Mighty Features to Spice the Atmosphere Up

Showcased on May 11, the debut title from Infinity Dragon Studios dubbed Mystic Panther Treasures of the Wild™ takes consumers to the wild jungles and introduces them to the Link&Win™ feature. Spreading across six reels, this adventure bolsters stacked Wilds, and a win potential up to 14,000x.

…the catalog was enlarged with the addition of Gold Coin Studios’ AbraCatDabra™. With stacked wilds, respins, and the magical pick bonus, this installment is all about action and valuable rewards.

Coming from All41 Studios, Dia Del Mariachi Megaways™ went live on May 15. On top of authentic bonus features such as Sombrero Spins accompanied by globally popular mechanics, the game displays instant cash prizes and a joyful soundtrack.

…Slingshot Studios’ masterpiece is another one with the Link&Win™ feature. Rolled out on May 19, this title brought win potential of up to 25,000x, Power Stacks™ feature, and a wide array of instant cash prizes.

Finally, Just For the Win Studios enriched the offering with highly volatile Western Gold 2 Double Barrel, launched on May 24. Spreading across 40 paylines, this action-packed release is home to a multiverse of features designed to take winning potential to the highest heights.

More Games to be Presented

Set for release on May 26, Bolt X UP™ by Alchemy Gaming is an electrifying adventure enriched not only with X UP™ feature, but expanding wilds, X UP™ multipliers, and the innovative Upsizer™ feature modifier as well.

…this very day will bring two more new games, Gems of the Nile by Live 5 and Big Wheel Bonus from Inspired. On May 25, Hacksaw Gaming exhibits Buffalo Stack n Sync, while MGA goes live with David Meca God of Seas on May 30.

Finally, the Mega Moolah series will also be reinforced with Thunderstruck® II set to hit the shelves on the final day of the month, May 31. Packed with Wildstorm and Great Hall of Spins, this classic with a twist will not disappoint.

“Games Global launches with blockbuster May game releases”, gamesglobal.com, May 19, 2022.

I was wondering if they would unveil the May line-up after all. I suppose they were too busy with the sale and all. Cool games, anyway!